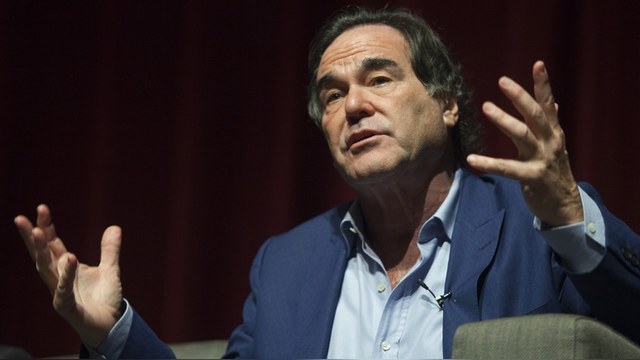 American filmmaker Oliver Stone has slammed the US mainstream media for "its inability or refusal to look beyond the established image of Russia and President Vladimir Putin," the Variety magazine wrote.

Stone, who presented his documentary dubbed The Putin Interviews at the Sarajevo Film Festival, said that a number of media outlets had become "extremist in their anti-Russian fervor."

"What I’m seeing today - and I’ve read these papers for years - is as bad as I’ve ever seen it," Stone said mentioning The Washington Post, The New York Times, and The Wall Street Journal. "When the Ukrainian situation happened, I didn’t see any reports from the other side of the war. Within hours the United States recognized the coup d’etat. And the reporting from the beginning was very anti-Russian," he added, as quoted by the Variety magazine.

As for US President Donald Trump’s threats to use military force, the filmmaker said that "right now he’s beating the war drum because that’s more popular, and unfortunately it’s dangerous, not only for Venezuela and North Korea, but also for the world because one thing leads to the other." "It could be a disaster," Stone noted.