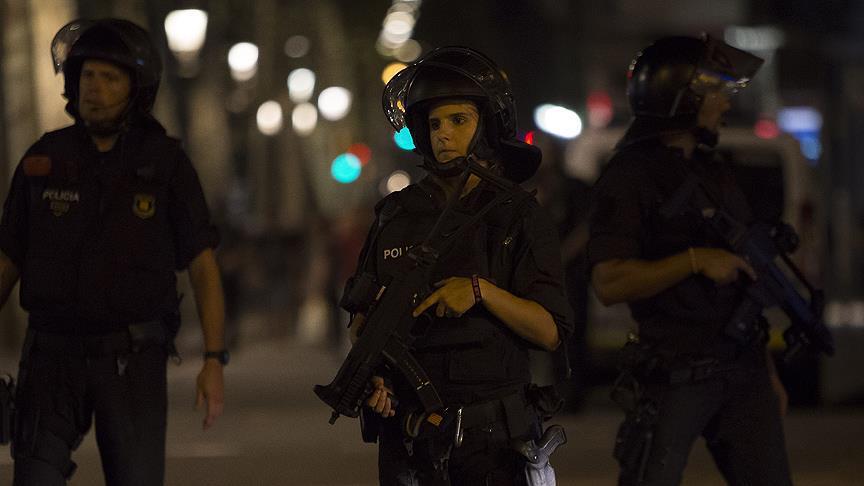 The terror cell that carried two attacks in Catalonia this past week was in possession of 120 gas canisters, a sign that it was planning a bigger attack, said Spanish police on Sunday.

Axar.az reports citing Anadolu agency that, Josep Lluis Trapero, chief of the Catalan regional police, told a news conference Sunday that the twin terror attacks, which killed a total of 14 people in Barcelona and Cambrils, were the result of a six-month preparation period.

"It is understood that they planned one or more terrorist attacks in Barcelona," Trapero said.

On Thursday evening, 13 people were killed and more than 100 others injured when a white van ploughed into a crowd in central Barcelona. The next day, a woman was killed in another vehicle attack in the town of Cambrils.

The gas canisters were found in the rubble of a house in Alcanar, in eastern Spain, that blew up on Wednesday, Trapero told reporters. Police believe it was used by the 12-strong cell that carried out the attacks.

Trapero added that seven members of the cell had been killed (five shot by police in Cambrils, two in Wednesday's explosion) and four were under arrest.

The remaining suspect, who is still at large, is the driver of the van in the Barcelona attack, he added.

Local media have identified him as 22-year-old Moroccan-born Younes Abouyaaqoub.

On Friday, the emergency services in Catalonia said 34 different nationalities were among those killed and injured in the Barcelona and Cambrils attacks.