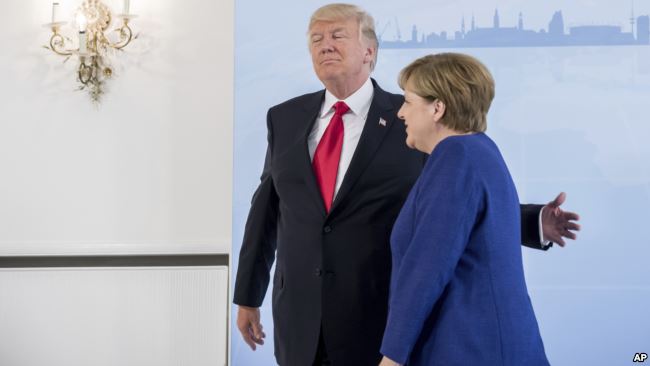 “Both agreed that the test of a hydrogen bomb means a new and unacceptable escalation by the North Korean regime,” Steffen Seibert said in a statement after they spoke by telephone.

“The German chancellor and the American president expressed the view that the international community must continue to exert pressure on the regime in North Korea and that the United Nations Security Council has to quickly adopt further and stricter sanctions,” Seibert added.

For her part, Merkel told Trump that Germany would push for tougher sanctions against North Korea by the European Union, Seibert said, adding: “The aim is to dissuade North Korea from its violations of international law and to achieve a peaceful solution to the conflict.”