Putin arrives in Tehran for talks with Iran, Azerbaijan 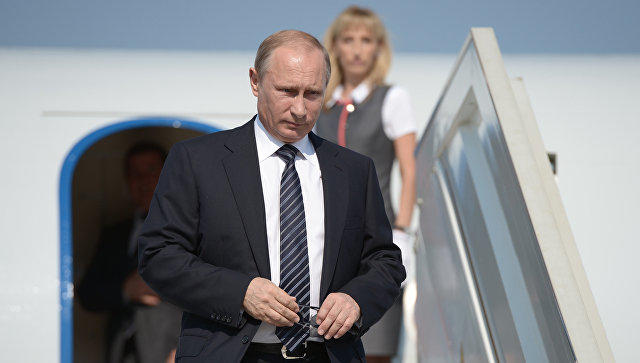 Russian President Vladimir Putin has arrived in Iran for trilateral talks with Tehran and Azerbaijan.

Axar.az reports citing Washington Post that, Putin’s trip Wednesday is his first since coming to Iran in November 2015. He also traveled to Iran in 2007.

The talks in Tehran are to focus on regional issues, as well as terrorism and security issues.

Moscow has stood by Tehran as well while U.S. President Donald Trump has refused to re-certify the nuclear deal between Iran and world powers.