Khamenei reveals methods to isolate the US 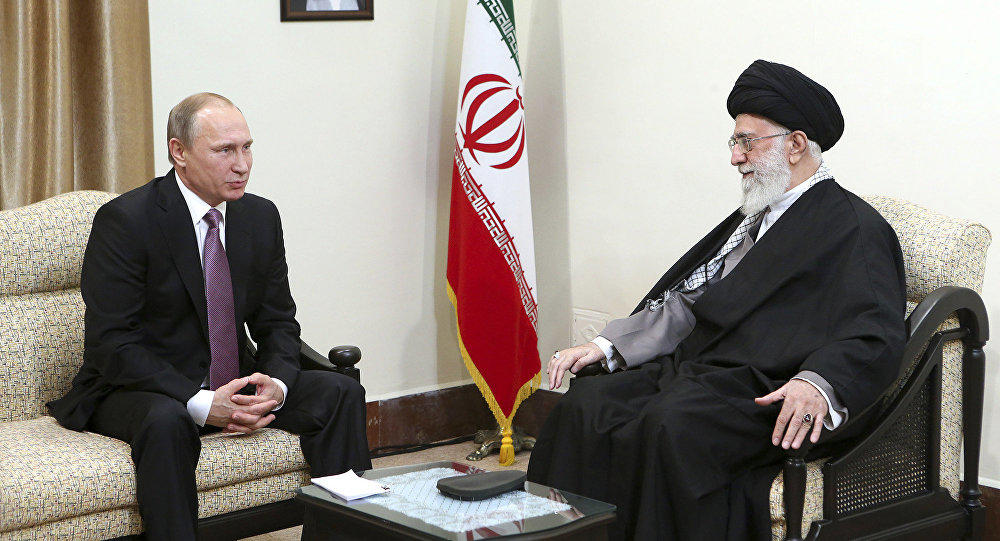 Iran's Supreme Leader Ayatollah Ali Khamenei said during his meeting with Russian President Vladimir Putin that there are various ways to nullify US sanctions.

Axar.az reports citing Sputnik that, the development of Iranian-Russian cooperation can help to isolate the United States and “nullify” Washington’s sanctions, for example by replacing the dollar with national currencies in multilateral transactions, Iran's Supreme Leader Ayatollah Ali Khamenei said during his meeting with Russian President Vladimir Putin.

“We can nullify US sanctions, isolate it by various methods such as eliminating the dollar, replacing it with national currencies in bi/multi-lateral economic transactions … You [Putin] have a strong personality and are a man of decisions and actions. That's why one can talk, logically cooperate with Russia, as a major power, on great works which demand resolution, efforts,” Khamenei said, as quoted by his website.

“The two countries' cooperation on Syrian issues proved that Tehran and Moscow can achieve common goals during challenging situations … Tehran and Moscow's proper resistance and cooperation against terrorist sedition and corruption in Syria is very meaningful and has made Russia influential in West Asia,” he added.

The conversation between Khamenei and Putin was held after the trilateral meeting of presidents of Russia, Iran and Azerbaijan that took place in the Iranian capital of Tehran.