UK must recognize Palestine as a state 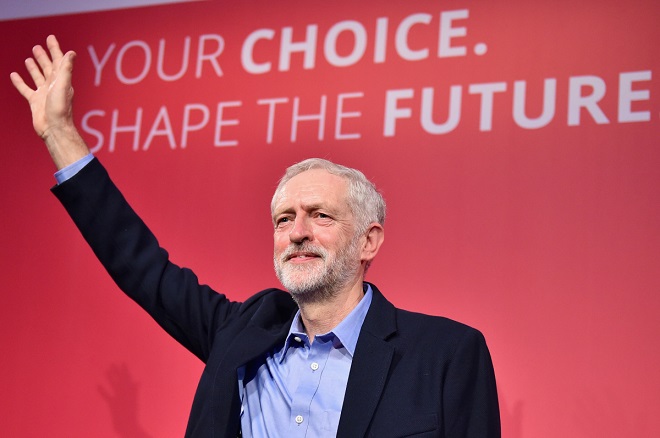 The UK must recognize Palestine as a state, UK Labour leader Jeremy Corbyn says, criticizing the British government for celebrating the 100-year anniversary of a document that paved the way for Israel’s creation.

Axar.az reports citing Press TV that Corbyn attended a pro-Palestinian rally in London on Saturday, two days after refusing to take part in a series of events held by Prime Minister Theresa May to commemorate the centenary of the 1917 Balfour Declaration, a short 67-word letter named after then British Foreign Minister Arthur James Balfour.

Speaking before a crowd of thousands, Corbyn said the right way to mark the centenary was for the British government to unilaterally recognize Palestine as a state.

“Let us mark the Balfour anniversary by recognizing Palestine as a step toward a genuine two-state solution to the Israel-Palestine conflict,” the main opposition leader said.

“We must increase international pressure for an end to the 50-year occupation of the Palestinian territories, illegal settlement expansion and, of course, the blockade of Gaza,” he added.

Arguing that lasting peace in the Middle East was only possible through a “negotiated settlement” to the Israeli-Palestinian conflict, Corbyn said the world had a “special responsibility to the Palestinian people who are still denied their basic rights.”

The protesters gathered outside the US embassy in London before marching towards Trafalgar Square, calling on the British government to apologize for Balfour Declaration, which they blasted as a “historic crime.”

They also condemned as an open insult the government’s invitation for Israeli Prime Minister Benjamin Netanyahu ahead of the event.

Netanyahu attended a banquet that May had planned for the occasion in London on Thursday night.

The British PM said at the dinner that her country was “proud of our pioneering role in the creation of the state of Israel,” as well as the “relationship we have built with Israel.”

Emboldened by the British and Western support, Israel captured huge swathes of Arab land in a war in 1948, and then proclaimed its existence.

In 1967, it proceeded to capture more Palestinian territory in another war and then started propping up scores of settlements across that occupied territory in a move to gradually annex it.