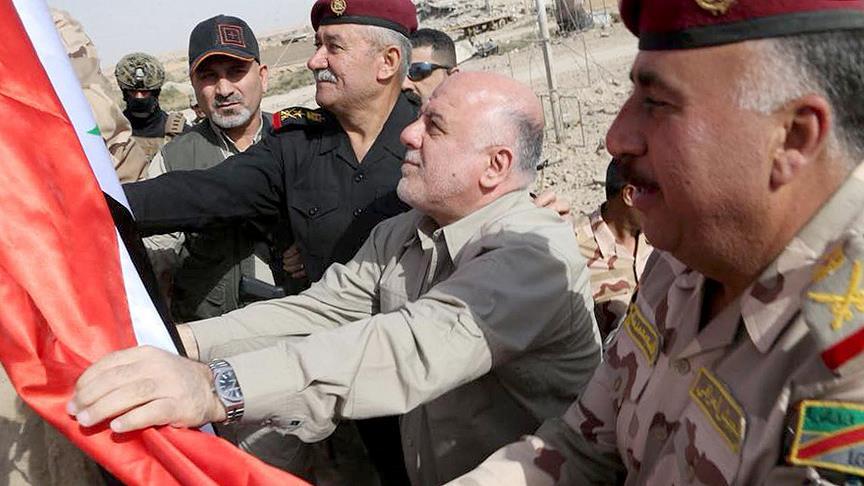 Iraqi Prime Minister Haider al-Abadi raised the Iraqi flag in the district of al-Qaim in western Iraq, two days after the Iraqi forces retook the district from the Islamic State (ISIS).

Axar.az reports citing NRT TV that the office of the premier said in a statement on Sunday (November 5) that Abadi, who is also commander-in-chief of the Iraqi armed forces, visited al-Qaim after the liberation of the district.

Abadi saluted the Iraqi forces who took part in the liberation, his office added.

“Without the sacrifices of the armed forces, this would not have been achieved,” Abadi said during his visit.

Government forces launched the operation on October 26 to seize Al-Qaim and its surroundings, a pocket of barren desert along the Euphrates river near the border with Syria.

Al-Qaim and the surrounding areas were the last remnants of the self-styled caliphate ISIS declared after rampaging across Iraq and Syria in 2014.