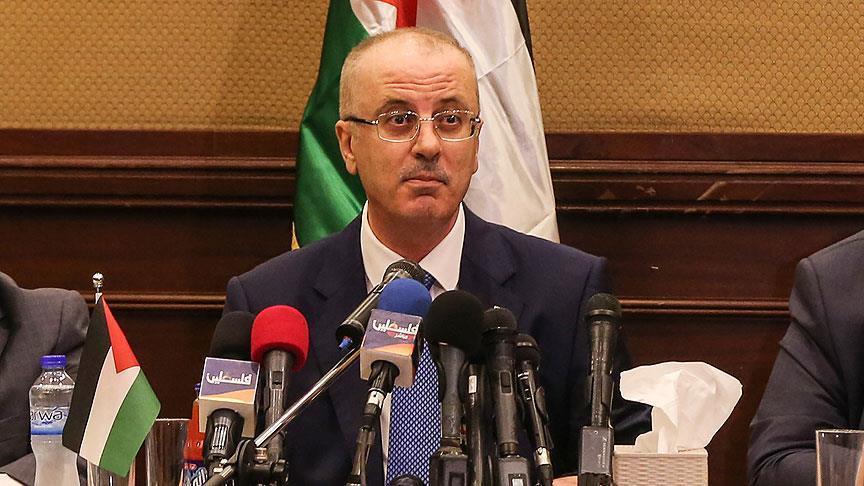 Bringing the blockaded Gaza Strip back under the control of the Ramallah-based Palestinian Authority (PA) within the context of a recent Palestinian reconciliation agreement is proving difficult, Prime Minister Rami Hamdallah admitted Monday.

He added, however, that the main parties involved -- namely the PA and Hamas, which has governed the strip since 2007 -- had yet to agree on exact mechanisms for providing border security.

"Now we have a big problem at Gaza's borders; a problem of security. We have received the borders in theory but without security," he said Monday at the opening of an exhibition in the Israeli-occupied West Bank.

"It's impossible to manage the borders without solving the security problem,” he said, “which should be examined as soon as possible."

Hamdallah also said there were problems regarding the return of former PA employees to their posts in Gaza, which they vacated when Hamas assumed control of the territory 10 years ago.

These issues will likely top the agenda of an upcoming round of Palestinian reconciliation talks slated to be held in Cairo on Nov. 21.

In recent months, the Fatah movement, which heads up the PA, has remained locked in talks with rival movement Hamas.

The talks are ostensibly aimed at establishing a national unity government and easing pressure on the Gaza Strip, which since 2007 has remained the target of a crippling Israeli/Egyptian blockade.