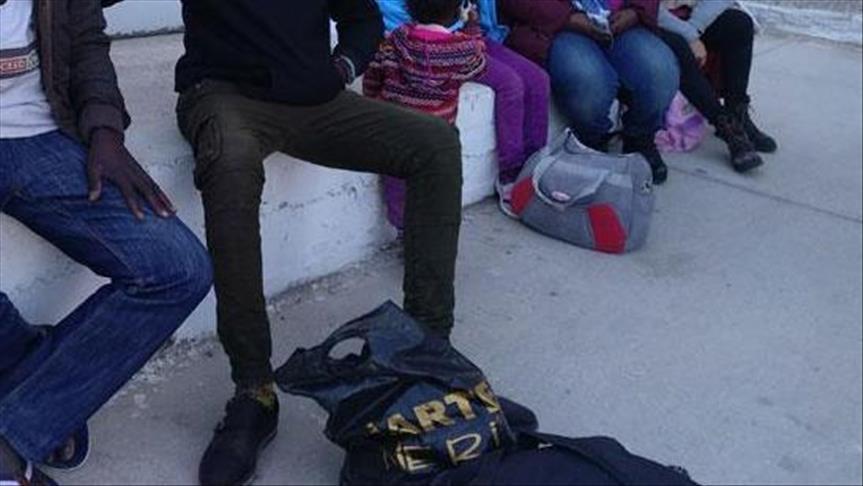 At least 83 illegal migrants were held off the Aegean coast of Mugla and Aydin provinces while trying to reach Greece, security officials said Friday.

In an operation against illegal migrants in Mugla, Turkish Coast Guard teams held 65 Syrian nationals off Gulluk Bay in Milas district, said a source, who asked not to be named due to restrictions on talking to the media.

Three others, who are believed to be human traffickers, have also been taken in custody, the source added.

In southwestern Aydin province, coast guards held 18 refugees, including Afghan and Syrian nationals, who were trying to reach the Greek islands illegally.

In March 2016, Turkey and the EU signed a deal which aimed to discourage irregular migration through the Aegean Sea by taking stricter measures against human traffickers and improving the conditions of some 3 million Syrian refugees in Turkey.

Since then, the number of refugees detained crossing the Aegean Sea between Turkey and Greece has fallen 85 percent, according to the Turkish Coast Guard.