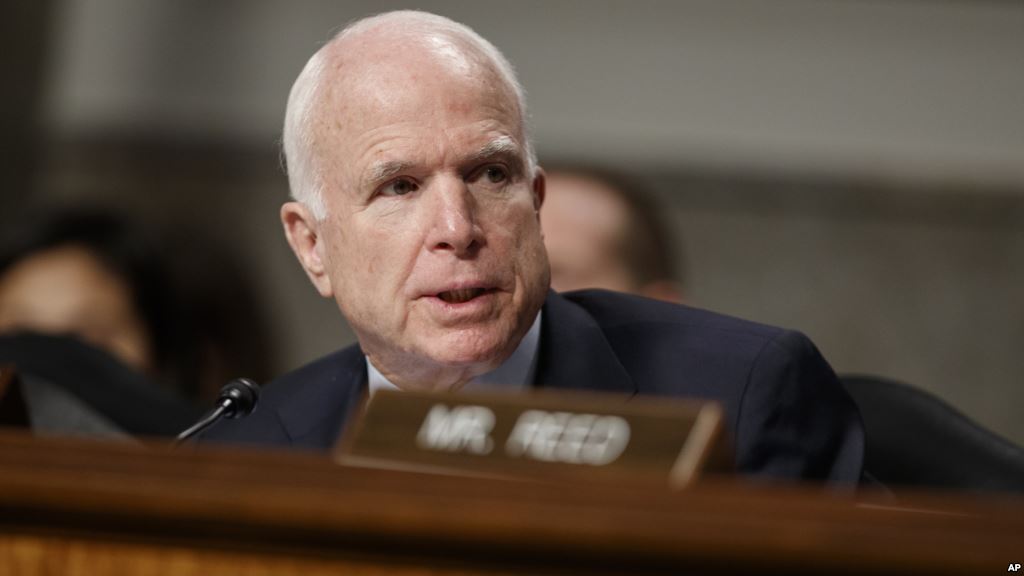 The US Senator John McCain has dubbed "naive" the US President's "belief" that Russian leader Vladimir Putin was "sincere" when he denied Russia's alleged interference in 2016 US presidential election.

US senator stressed in a press release, published on Saturday on his official website that the Russian president did not have "America's interests at heart." Mccain also added that "to believe otherwise is not only naive but also places our national security at risk."

There's nothing "America First" about taking the word of KGB colonel over US intelligence community. There's no "principled realism" in cooperating w/ Russia to prop up murderous Assad regime. To believe otherwise is naive & places nat'l security at risk.

"President Trump today stated that he believed Vladimir Putin is being sincere when he denies Russian interference in the 2016 presidential election and reiterated that he hopes to cooperate with Russia in Syria," McCain said.

During Trump's contacts with Putin on the margins of the Asia-Pacific Economic Cooperation summit on Saturday, Trump raised the issue of Russia's alleged meddling in the US election, the Kremlin said, adding that the Russian leader "denied even a hypothetical possibility that Russia may interfere with this process."

Ealier on in the day, Speaking to reporters aboard Air Force One, the US President has stressed that Putin was very affronted by such accusations.

Meantime, the probe into alleged Russian interference in the US elections, as well as alleged links of Trump and his staff with Russia, denied by the White House, is being conducted by the Federal Bureau of Investigation and the US Congress. Moscow has repeatedly refuted all allegations, calling all of the accusations "absolutely groundless."