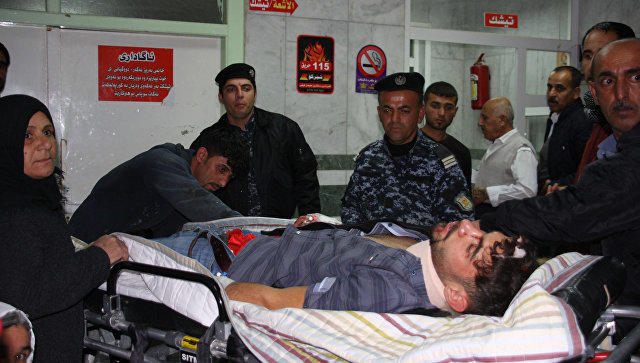 Death toll after the devastating quake on the Iranian-Iraq border has reached 407, with some 6,700 injured, IRINN TV reported.

Artin Khamali said death toll rises 372. The number of wounded was over 6,000.

The number of victims of the earthquake in Iran increased to 350 - a source in the Red Crescent told.

More than 320 people have been killed and over 5,300 injured in Iran and Iraq after a magnitude 7.3 earthquake hit the border region between the two countries, sending tremors that were felt hundreds of miles away in both capitals, Tehran and Baghdad.

Axar.az informs that at least 328 people have died in Iran, according to a toll published on Monday morning by the semi-official Isna news agency, citing medical officials. The powerful quake struck the country’s western provinces at 9.20pm local time on Sunday.

The head of the Kirmanshah Province Medical Examination Department, Artin Khamali, said death toll reaches 207. 142 of them died in Saperolahab, 22 in Islamabad, 15 in Babacan, 14 in Karandzarband and 14 in the Qasr-Shirti.

70,000 people have been left homeless in the region. There are serious problems with the wounded in the local hospitals as the number of wounded is very high. The Red Crescent Society is trying to open the desert hospitals.

Supreme Leader also urged all military and civil forces to spare no effort in giving aid to quake-stricken people.

More than 120 people were killed in Iran and at least several others in Iraq on Sunday when a powerful magnitude 7.3 earthquake hit the region, state media in the two countries said, as rescuers stepped up efforts overnight to find dozens trapped under rubble.

At least 129 people were killed in Iran’s Kermanshah province on the Iraqi border, the provincial deputy governor told state television. “There are still people under the rubble. We hope the number of dead and injured won’t rise too much, but it will rise,” Mojtaba Nikkerdar said

More than 60 of the victims were in the town of Sarpol-e Zahab, about 15 km (10 miles) from the border. A quake registering a magnitude between 7 and 7.9 can inflict widespread, heavy damage.