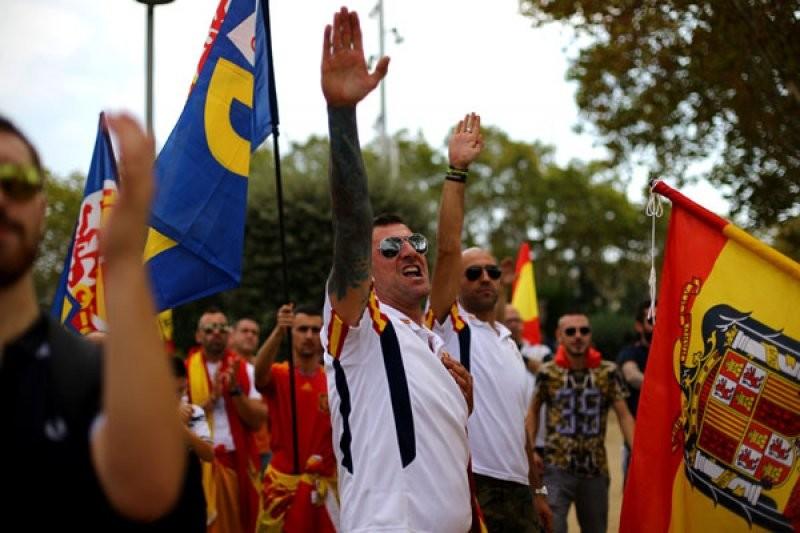 Axar.az reports citing Press TV that officials claimed Monday that there has been an increasing number of cyber attacks from Russia with the aim of spreading disinformation about Catalonia’s push for independence.

“Many of the actions come from Russian territory,” said Spanish Defense Minister Maria Dolores de Cospedal, adding that Madrid could not verify whether the Russian government was involved. She also alleged that some malicious actions are "repeated from Venezuelan territory."

The claims come amid a political crisis over Catalonia’s independence drive. The former government of the northeastern region declared independence from Madrid late last month, prompting the government in Madrid to dismantle the regional cabinet and take over control of its institutions. Senior figures of the independence campaign, which became serious after a referendum on October 1, have been jailed while Catalonia’s former leader Carles Puigdemont and four of his former ministers remain in Belgium awaiting a hearing on Spain’s extradition request.

Madrid’s suspicions about Russia’s interference come a week after Spanish Foreign Minister Alfonso Dastis said a prominent Catalan pro-independence figure had met in London with WikiLeaks founder Julian Assange, adding that there was an ongoing move to “manipulate and interfere” in Catalonia’s crisis.

The Spanish defense chief said Monday that the number of cyber-meddling cases related to Catalonia was changing every day but did not comment on how big the disinformation campaign could be. De Cospedal also refused to indicate what impact the fake news might have on the general situation in Catalonia, especially a planned election in the region in December.

The EU and Russia have clashed over claims of Moscow’s cyber-activity campaigns, especially after a crisis in Ukraine in 2014 further strained relations between the two sides.

The EU has accused Russian media outlets of spreading false information about the situation of the bloc, saying the reports have helped encourage anti-EU sentiments in the eastern countries of Europe.