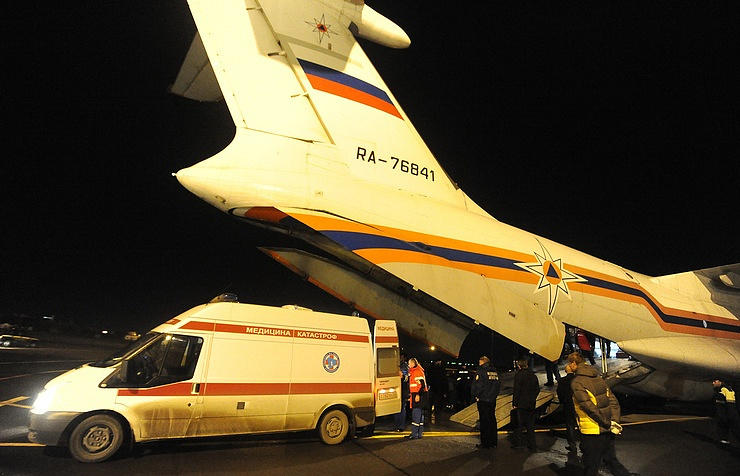 A member of the emergency response center, set up at the site of the crash, told TASS that, according to latest reports, there were eight people on board. "Seven people died, a child survived," the source said.
Earlier reports put the death toll at six.

The regional department of the Russian emergencies ministry said the plane had two pilots and five passengers on board. "The child was the only one who survived. He is being hospitalized in serious condition," a department official told TASS.

According to the department, the plane, en route from the region’s administrative center of Khabarovsk, crashed two kilometers away from the airport in the settlement of Nelkan.

A spokesperson for the department said the plane’s fuselage sustained no critical damage, and no fire broke out.

Transport investigators, in their turn, said five people died in the crash. "We have been informed about three dead passengers and two crew members," a spokeswoman for the Far Eastern transport investigation department of the Russian Investigative Committee said.

She added that the number of passengers on board is currently being verified.

"At the moment, it is being decided whether a criminal case into this accident should be launched," the spokeswoman said.

First reports about the accident were received at about 13:30 local time (06:30 Moscow time).
An anonymous emergencies source earlier told TASS the plane failed to establish contact with the air traffic control and went off radar screens while performing a landing attempt. Another rescue source confirmed to TASS that the aircraft had five passengers and two crew members on board.

Let L-410 Turbolet is a Czech-made 19-seat aircraft manufactured by Let Kunovice. More than 1,100 such planes have been produced in various modifications since the aircraft first entered service in 1971, and 862 of them were supplied to the Soviet Union.