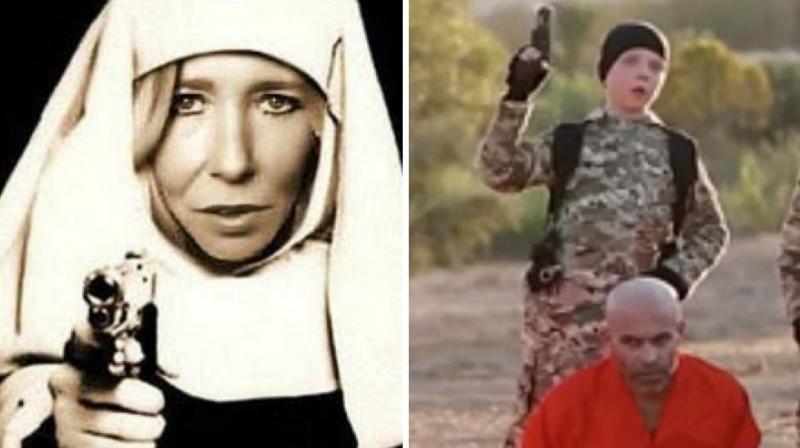 The schoolboy son of 'White Widow' Sally Jones did not die in the air strike which killed his mother and is feared to be still fighting for ISIS, a report claims.

It was believed Joe “JoJo” Dixon perished alongside former punk Jones when a convoy she was travelling in was completely destroyed by a CIA Reaper drone in June, Axar.az informs citing the Sun.

However, sources have now told the Daily Telegraph that the 12-year-old was about 35 miles away in the village of al-Shaafa, near Syria’s eastern border with Iraq when the attack happened.

It's claimed he was separated from his notorious mother not long after Jones’s husband Junaid Hussein was killed in 2015.

JoJo - who now goes by the name Hamza - is believed to have taken up arms with ISIS when he turned 12 in December.

He reportedly underwent several months of training in the terror group’s “cubs of the caliphate” camps in northern Syria.

“Foreign fighters, mostly Turkish, took Joe and some other Western children from Raqqa to Deir Ezzor province in April to protect them as they are the future of the caliphate,” one resident told The Telegraph by phone.

“They weren’t using them as human shields, as some people say, because the presence of children does not stop the coalition from bombing.”

Jones became Britain’s most wanted woman after fleeing to Syria in 2013 to marry Hussain, an ISIS fighter and computer hacker from Birmingham.

The infamous ISIS recruiter was blown up on the border between Syria and Iraq. At the time it was also believed JoJo was killed in the attack.