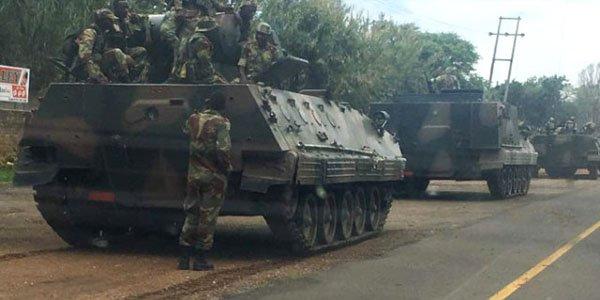 Iran has called on opposite sides to the political crisis in Zimbabwe to resolve their problems through peaceful means within the framework of the country's constitution.

Tehran "wants all the parties involved in recent events to resolve the problems through dialogue and peaceful means, within the framework of the constitution and democratic process, free of any violence or resort to force and on the basis of the wishes and interests of the people of Zimbabwe," he said.

Qassemi touched on the efforts of African bodies, especially the African Union and the Southern African Development Community (SADC), as well as some African leaders to settle the turmoil in Zimbabwe.

The official expressed hope that these efforts would reach the desired outcome as soon as possible and lead to the establishment and continuity of peace, stability and the rule of law in Zimbabwe.

Earlier this week, Zimbabwe's military deployed armored vehicles to the streets of the capital, Harare, and seized control of the southern African nation.

The army has denied a military takeover, but the situation bears all the hallmarks of a coup.

On Thursday, Zimbabwe's opposition leader Morgan Tsvangirai demanded the resignation of President Mugabe who is kept under house arrest with his wife.