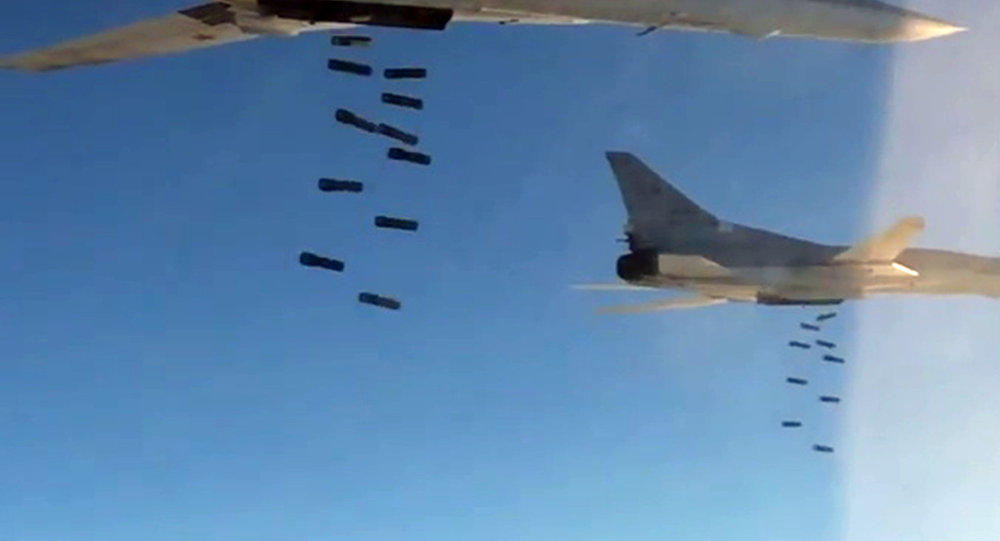 Russian Tupolev Tu-22M3 long-range bombers have conducted a string of new aerial attacks against the positions of ISIS Takfiri terrorist group near the town of Bukamal in Syria’s eastern province of Dayr al-Zawr as government forces, supported by allied fighters from popular defense groups, are fighting to fully recapture the territory from the extremists.

“Six Tupolev-22M3 bombers left an airbase in Russia, crossed over the Iranian and Iraqi airspaces and carried out a massive air strike against ISIS fortified areas, manpower and armored vehicles. Surveillance equipment hved confirmed that all of the designated targets had been hit,” Russia's Defense Ministry said in a statement on Friday.

It added that Sukhoi-30SM fighter jets, based at Russia-run Hmeimim air base southeast of Syria's western coastal city of Latakia, had escorted the bombers while they were in Syrian air space, and that all the bombers had safely returned to their base.

On November 4, TU-22m3 bombers flew from Russia across Iran and Iraq, and conducted airstrikes against ISIS targets near Bukamal.

Russia's Defense Ministry said at the time that command centers and weapons depots were among the targets hit by the bombers.

Since September 2015, Russia has been conducting aerial attacks against terrorist positions in Syria at a request from the Damascus government.