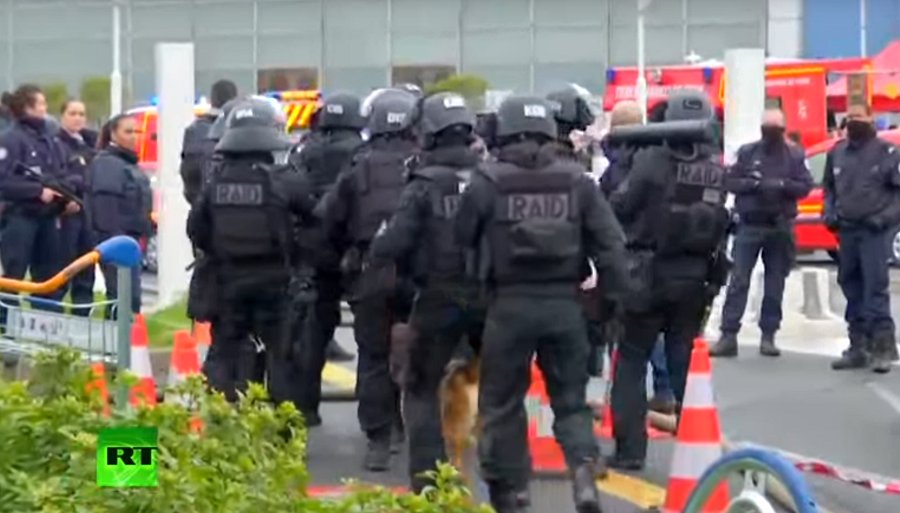 According to reports, what seems to be a family dispute in a town in the north of Paris has led to a shooting spree in which a policeman opened fire at his girlfriend, her parents and her sister as well as two passers-by who witnessed the quarrel.

A 31-year-old policeman killed three people and wounded three others in Sarcelles (Val d'Oise) on the evening of November 18 with his service gun, Le Parisien newspaper reported. Then he has reportedly committed suicide.

The police, who quickly arrived at the scene after reports of the shooting emerged, discovered a wounded woman in her car, and two killed men in the street. After that, two injured women and a dead man were found inside the house.

The police said the incident took place around 8:45 in the evening in the area of the City Hall when a shooter started arguing with his wife about break up in her car that was parked near her house. The quarrel allegedly went out of control with a man shooting at his spouse. He then got out of the car and went into her house, shooting people on his way.

According to his colleagues, the perpetrator "was a good civil servant, a very strict former mobile gendarme who did not report any difficulties."
According to Le Parisien newspaper, since the beginning of the year, at least 46 police officers and 16 gendarmes have committed suicide in France.