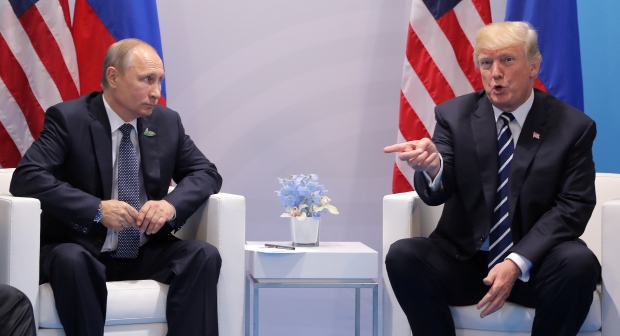 The leaders of Russia and the United States have talked over the phone, discussing a number of topics, including the Syrian crisis, the North Korean nuclear problem and the situation in Afghanistan as well as the Ukrainian crisis.

Axar.az reports citing ABC news that Russian President Vladimir Putin stressed in a Thursday phone conversation with his US counterpart Donald Trump that there were no alternatives for full implementation of the Minsk agreements on peaceful settlement of the armed conflict in eastern Ukraine, the Kremlin press service said in a statement.

"Considering the crisis situation in southeastern Ukraine, the Russian president pointed out the absence of a real alternative for the unconditional implementation of the Minsk accords signed on February 12, 2015," the statement said.