US calls accusations of plot in Zarrab case ‘ridiculous’ 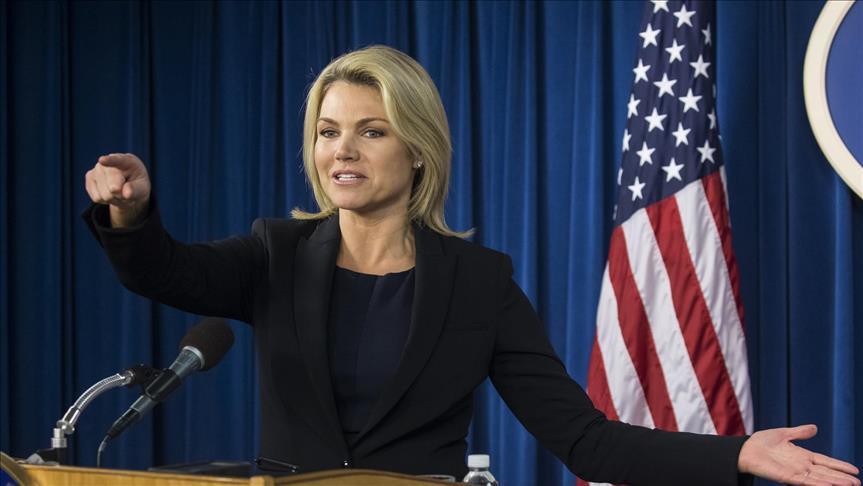 The United States on Nov. 21 called the Turkish government’s accusations of a plot in the case of Turkish-Iranian businessman Reza Zarrab “ridiculous,” referring to an earlier response by Washington on the alleged involvement with last year’s failed coup.

“We’ve heard that story, that old same song and dance from Turkey before, and I would have to give you the same answer as last time they accused us of trying to foment some sort of a coup. And I would say that is ridiculous. We are not engaged in that. Anything related to that particular case, I’d just have to refer you to the Department of Justice,” State Department Spokesperson Heather Nauert said during a daily press briefing.

When asked whether the latest remarks by Ankara would lead Washington to review its stance on Turkey’s alliance within NATO, Nauert likened it to a “marriage,” stating that relations with some countries “can ebb and flow sometimes.”

“And so somebody may say something that later they regret saying. They are a NATO member. They are a valued ally of the United States. We have had a strong relationship with Turkey. But really, just making comments about the United States trying to foment a coup is just – is simply ridiculous. And I think they recognize – I think they recognize that as well,” Nauert said.

President Recep Tayyip Erdoğan on Nov. 21 repeated his belief that the U.S. case against Zarrab is evidence that the Fethullahist Terrorist Organization’s (FETÖ) “Dec. 17-25 attacks” against Turkey have now extended to the U.S.

“Between Dec. 17 to 25 [2013], the biggest plot targeting our country was staged under the name of the law. When this plot was unsuccessful thanks to our firm stance and our nation’s foresight, they took this plot and staged it in the U.S.,” Erdoğan said, addressing the Justice and Development Party (AKP) in parliament.

AKP officials have repeatedly claimed that the case is a “political plot,” with Deputy Prime Minister Bekir Bozdağ saying on Nov. 20 that “it does not have any legal basis.”

“This is a political case and it does not have a legal basis,” Bozdağ said.

Zarrab was arrested in the U.S. last year on charges that he conspired to conduct hundreds of millions of dollars in financial transactions for the Iranian government and other entities to evade U.S. sanctions.

He is widely known in Turkey as his name appeared in the December 2013 corruption probes embroiling four former ministers and other state officials.