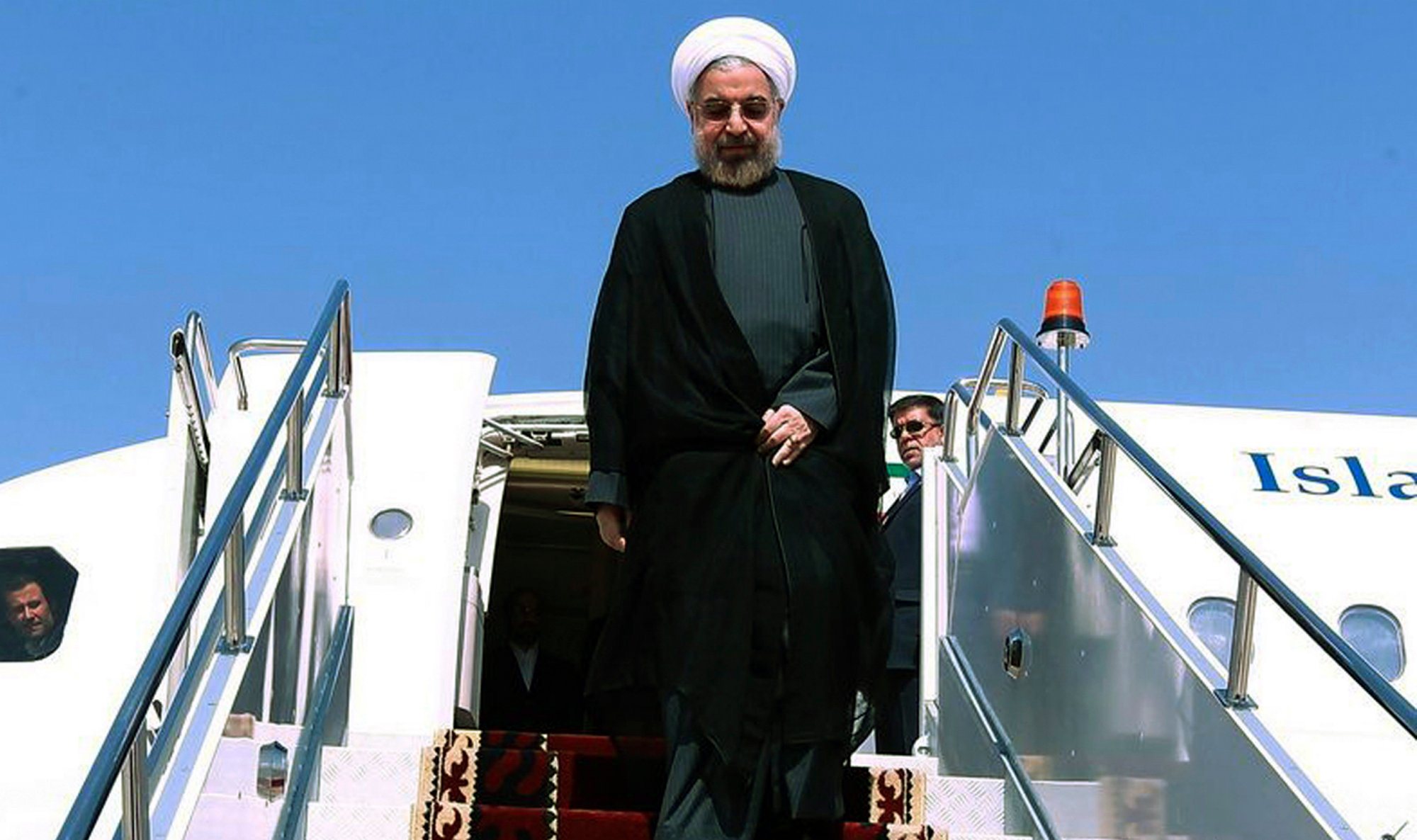 Upon arrival at the Sochi airport, President Rouhani was warmly welcomed by a number of Russian officials and Iran's Ambassador to Moscow Mehdi Sanaei.

Axar.az reports citing IRNA that the trilateral negotiations are expected to focus on the achievements made in countering Daesh Takfiri terrorists in Syria and reviewing the future steps for restoring peace in this Arab country.

The visit to Russia is made upon an invitation by Russian President Vladimir Putin.

While in Sochi, President Rouhani will also hold bilateral talks with his Russian and Turkish counterparts.