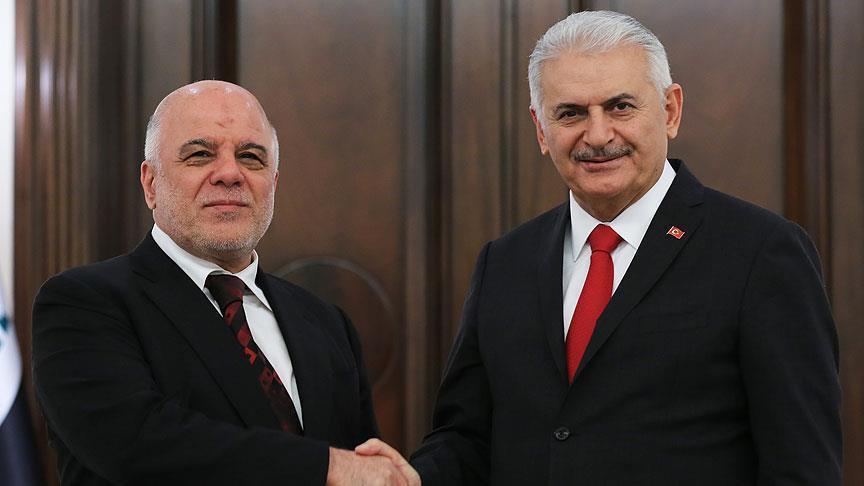 Turkey's prime minister spoke with his Iraqi counterpart on the phone Saturday about bilateral and regional issues, according to Turkish Prime Ministry sources.

Axar.az reports citing AA that Turkey’s Binali Yildirim and Iraq’s Haider al-Abadi discussed the fight against terrorism, including Daesh and the PKK, and stressed the "close cooperation" between the two states, said the sources, who spoke on condition of anonymity due to restrictions on speaking to the media.

On Sept. 25, Iraqis in KRG-controlled-held areas -- and in several disputed parts of the country -- voted on independence from the Iraqi state.

The illegitimate poll faced sharp opposition from most regional and international actors, who warned it would distract from Iraq’s fight against terrorism and further destabilize the region.