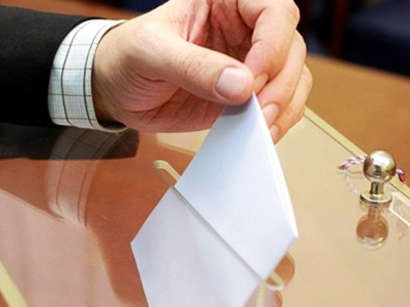 Braving cold weather and threat of violence, Nepali voters in the northern Himalayan districts went to the polls on Sunday for general elections, the country's first since Nepal ended a 10-year civil war and monarchy was abolished.

Axar.az informs citing AA that the polls are being held for the first time under a new constitution, since it was passed by an interim parliament two years ago, as part of a deal following an end of the war, which left 16,000 people dead.

A series of explosions rocked the country ahead of the polls, where anti-poll protesters targeted candidates.

The Communist Party of Nepal, a Maoist group that split from the main party in 2014, is believed to be behind the attacks. Police have arrested over 500 workers of the party.

Voters in remote northern areas such as Dolpa district in the country’s northwest, were affected due to severe winter chill in the Himalayan region.

Toya Nath Gautam, a 56-year-old voter in the east Nepal village of Shadananda, said he expected elected officials to work towards building infrastructure such as roads and bridges in his area.

Thousands of candidates from more than 90 parties are competing for 275 seats in the new federal parliament and 550 seats in seven provincial assemblies across the country.

It is expected to be tightly fought between the ruling Nepali Congress and an alliance of the Unified Marxist-Leninist (UML) and former rebel Maoists.

Vote counting will begin following the second phase of polls on December 7 in the capital Kathmandu and the southern plains bordering India, according to the election commission.