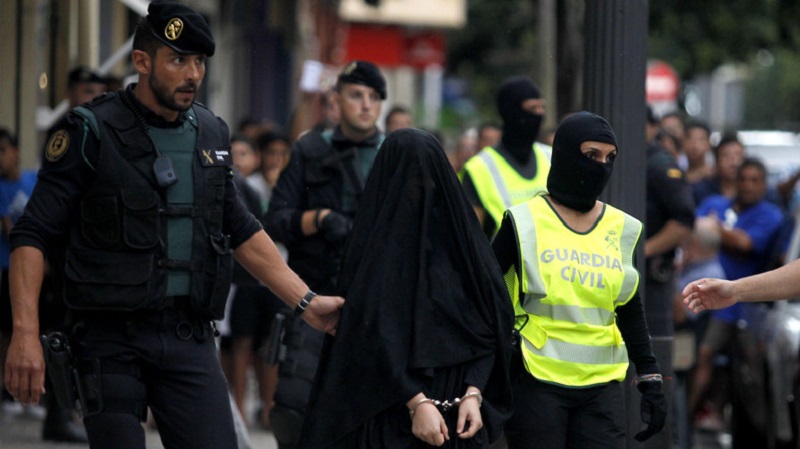 ISIS has reportedly called on its militants to carry out terror attacks during Christmas across the UK, Germany and France, particularly targeting markets.

Axar.az reports citing sputniknews.com that the propaganda is circulating via messaging apps and it shows posters of Santa Claus on his knees with his hands bound and a militant standing behind him in what appears to be London's Regent Street.

In another poster there are images of landmarks such as the Eiffel Tower in Paris during Christmas time with dark terrorist images, including a hand holding a bloody knife.

The images were intercepted a few days ago by BlackOps Cyber, a dark web intelligence agency, the Epoch Times reported.
The images also include phrase “soon on your holidays” in English, German and French.

The latest threats come after six Syrians were detained on Tuesday for allegedly planning an attack using weapons or explosives in Germany.

The suspects, aged between 20 and 28, were arrested by German police during raids in the cities of Kassel, Hanover, Essen and Leipzig, the general prosecutor's office in Frankfurt said in a statement.

The attack was planned on a Christmas market and those held were arrested at a refugee camp, according to reports.

Similar propaganda posters by ISIS were circulating around Halloween this year just hours before the deadly attack in New York left eight people dead and 11 injured when an Uzbek national residing in the US ploughed a rented truck into cyclists and pedestrians on October 31.
Sayfullo Saipov, 29, faces 22 charges and the death penalty over the truck attack in New York.

Earlier this year on August 17 a terrorist ploughed a van into crowds, killing 13 people and injuring more than a hundred, in Barcelona's Las Ramblas in the afternoon.

Just after midnight on June 19 a van driver mowed down Muslim worshippers on Seven Sisters Road near Finsbury Park mosque in London. One person was killed and several were injured.

Another terror attack that happened in London killed eight people and injured many others on London Bridge and in nearby Borough Market on June 3. Three men armed with knives drove over pedestrians on the bridge and went on killing spree at nearby pubs.

One of the worst terror attacks this year was the Manchester bombing during Ariana Grande’s concert. A lone suicide bomber detonated explosives killing 22 people, including children and injuring another 59.