Turkish PM in London for talks with May government 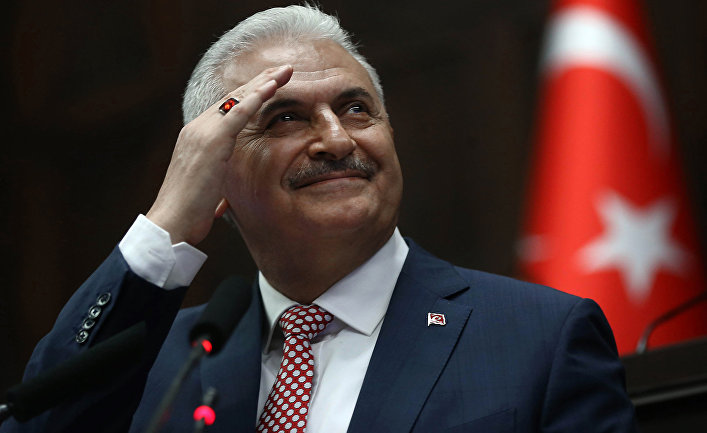 Turkey’s prime minister arrived in the British capital London Sunday evening to hold meetings with top government officials as well as representatives of the business world and NGOs.

Axar.az informs citing AA that Binali Yildirim will attend the opening of an investment bank branch by the Dome Group before going to a dinner in his honor hosted by Turkish Ambassador Abdurrahman Bilgic on Sunday evening.

He is also expected to give an interview to the BBC.

Yildirim will meet British Prime Minister Theresa May on Monday, and the two premiers are expected to talk in an inter-delegational meeting about strengthening Turkish-British cooperation in all areas, especially the fight against terrorism and post-Brexit economic opportunities.

Yildirim will address a group of British investors at a breakfast meeting focusing on new investment opportunities.

Yildirim and his delegation will be hosted at a dinner organized in his honor by Lord Janvrin, the British prime minister’s trade envoy to Turkey. CEOS from prominent British firms such as BP, Shell, Lloyds, Vodafone, HSBC, Rolls Royce, and GlaxoSmithKline are expected to attend.

Yildirim will also meet editors of leading British media outlets in a roundtable meeting on recent regional and international developments before addressing the International Institute for Strategic Studies (IISS).