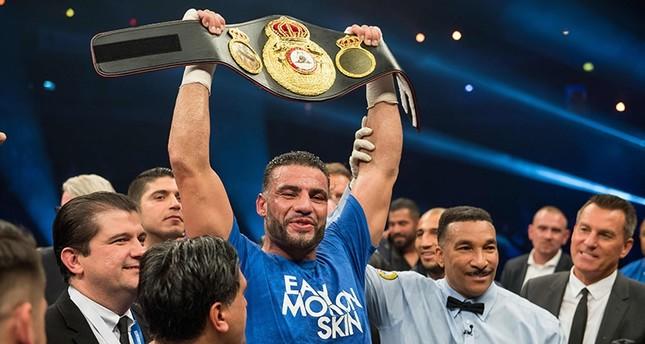 German professional boxer Manuel Charr, who is of Syrian origin and is the current regular World Boxing Association (WBA) heavyweight champion wants to give his WBA belt as a gift to Turkey's President Recep Tayyip Erdoğan, reports said Sunday.

According to reports, before facing his Russian rival Alexander Ustinov, the boxer told his press adviser Vedat Alyaz that he wants to present the belt to Erdoğan if he wins the match.

"What can I say, Germany - we are world champions," Charr told the audience after his victory in Oberhausen.

He said he dedicated the title to Germany, which gave him the opportunity to build himself up.

Charr, also known as Mahmoud Omeirat Charr, sought asylum in Germany with his mother and siblings after losing his father in a war in Syria 20 years ago.

Turkey, for the third consecutive year, has hosted the largest number of Syrians worldwide, which accounts for around 45 percent of all Syrian refugees in the region, according to the United Nations High Commissioner for Refugees' June statistics. The country was also declared the world's largest refugee-hosting country on World Refugee Day this year.