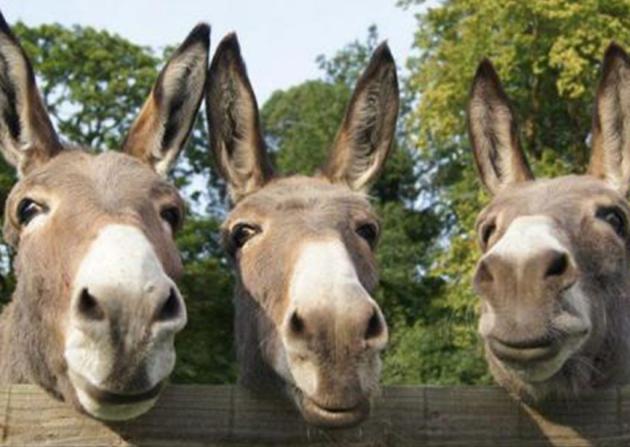 A heard of donkeys in the northern Indian state of Uttar Pradesh were given prison time after being caught grazing on some expensive plants outside a local prison. The eight donkeys were released after spending four days in confinement thanks to the intervention of a local politician.

Axar.az reports that R.K. Mishra, the head constable of the Orai city jail, detained the donkeys after their owner, a man named Kamlesh, refused to stop letting them graze freely in the area. The donkeys reportedly ruined over $900 US worth of plants meant for the prison.

"These donkeys had destroyed some very expensive plants which our senior officer had arranged for planting inside the jail. Despite our warning to the owner of these donkeys, he let his animals loose in the area. We then took the extraordinary step of placing them in detention," the constable said, speaking to India's ANI news agency.

"There is no such law wherein we can arrest donkeys," he said, speaking to the Times of India. "They were confined for four days to teach a lesson to their owner who did not pay attention to our warnings. We let go of the animals on Monday after Kamlesh gave us a written affidavit that from now on he will not allow his animals to roam in residential areas or places of public importance."