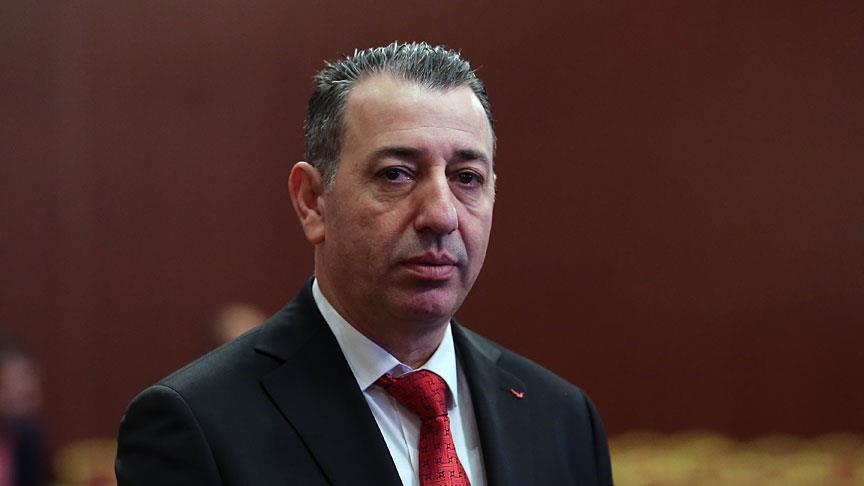 Axar.az informs citing Anadolu Agency in Istanbul, Aydin Maruf underlined the importance of Turkey's position in the country and said Ankara always supported Turkmens and Kurds against the threat of Daesh and other terror groups in the region.

Turkmen are a Turkic ethnic group based largely in Syria and Iraq, where they live alongside large Arab and Kurdish populations. The greater Turkmen community shares close cultural and linguistic affinities with the Turkish people.

Maruf also spoke of the negative impact of the referendum held by the KRG in September.

“The KRG had very good relations with Turkey, which is an important state of the region. Turkey had always helped Iraq in its hard periods and defended especially the regional government," he said.

“This [referendum] decision was taken without consulting with Turkey and … resulted in bad outcomes. Because of the problems between Baghdad and Erbil, there is an economic crisis in the region and there are some problems with paying salaries. People living in the region are also suffering from the decision."

Ties between Baghdad and the KRG have been strained since late September, when the latter held an illegitimate referendum on regional independence.

Following the poll, federal forces moved into several parts of Iraq “disputed” between Baghdad and Erbil, including the oil-rich Kirkuk province.

The illegitimate independence referendum in September also threatened the relationship between Turkey and the KRG, including oil exports via Turkey.

“The regional government made a historic mistake [by holding a referendum] and suffered a great loss of power. It is very hard to return to the past now," the Turkmen Front lawmaker said.

“I think the referendum [result] will be canceled in the coming period because there is a financial crisis and the economy is getting worse.”

Earlier this month, the Federal Supreme Court of Iraq ruled the referendum “unconstitutional,” saying its constitution did not allow for the secession of any part of the country from the Iraqi state.

Stating that they, as Turkmens, were in favor of dialogue, Maruf said: “Turkmens are an important actor in Erbil, Kirkuk and Iraq. We are all living in the same territory and we are worried about Turkmens being harmed by these incidents.”

“We want these problems to be resolved through dialogue as soon as possible.”

The Turkmen Front lawmaker said previous administrations in Kirkuk did not bring peace and stability to Kirkuk.

“Both Arabs and Kurds tried but failed. So, there should be a joint administration, where Turkmens, Kurds and Arabs have equal administration rights,” he added.