Co-Chairs to inform the OSCE Chairperson on their visit 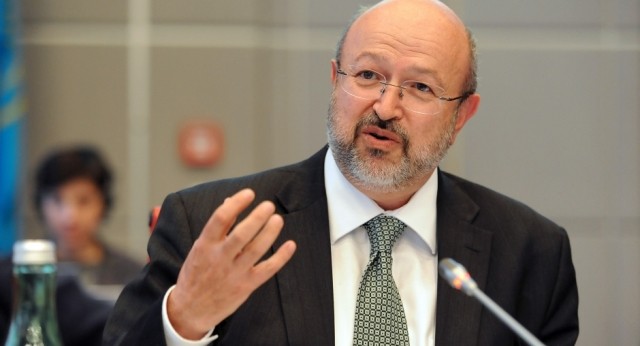 “Co-Chairs of the Minsk Group on Nagorno-Karabakh settlement will return from the region to report first to Berlin and then to the OSCE Secretariat in Vienna a few weeks later.”

"They (Co-Chairs) are now in the region, and they will stay there as long as necessary, in order to determine the next steps and see what needs to be done. Then, they have to report all current to the chairperson. So I think, they will go to Berlin, then they will decide for themselves when to arrive in Vienna," he said.

L. Zannier stressed that the Co-Chairs’ mission is not limited in time, but "they will have to come for the report, and I think it's a matter of weeks."

The Secretary General added that the new special meeting of the OSCE Permanent Council, with the participation of the OSCE Minsk Group will be held "when they come back" from the region.