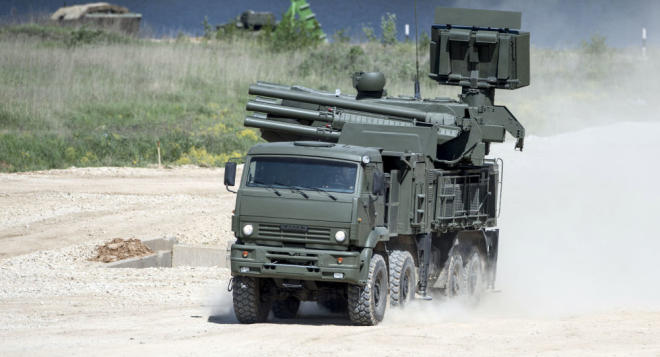 Maj. Gen. Yevgeny Poplavsky said that Russian warplanes have flown 672 missions in support of the YPG-dominated SDF and other volunteer units fighting Daesh east of the Euphrates River.

Poplavsky's statement, released Monday by the Russian Defense Ministry, was seen as part of Moscow's efforts to strengthen ties with the PKK-affiliated militias.

The SDF offensive in Deir ez-Zor near the Syria-Iraq border has focused on the territory east of the Euphrates. On the western bank, the Syrian military has waged its own attack against Daesh with support from Iran-backed militias and Russia.

The separate assaults advanced from opposite sides of the river, which bisects oil-rich Deir ez-Zor, mostly staying out of each other's way. The U.S.-led coalition and the Russian military have held de-confliction meetings to prevent clashes between planes and troops, though the two offensives have sometimes clashed.

Meanwhile, Turkey, Russia and Iran have been closely cooperating to establish de-escalation zones in Syria. The three parties held a series of intense meetings in Kazakhstan's capital Astana and Sochi, but now Russia's support of the YPG in Deir ez-Zor will likely irk Ankara.

Turkish-Russian ties were severely strained in November 2015 after a Russian jet was downed by Turkish air forces. However, the relations have fully recovered through diplomacy and frequent meetings between President Recep Tayyip Erdoğan and Russian President Vladimir Putin.

Recently, Moscow invited the PYD to join the Syrian National Dialogue Congress. The meeting was later postponed when the invitation faced strong criticism from Ankara and Syrian moderate oppositions.