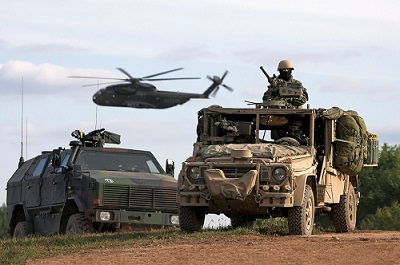 A military police battalion of the Southern Military District, which fulfilled tasks in Syria, has been taken to Dagestan’s capital of Makhachkala by two cargo aircraft.

Axar.az reports that it was told by the Russian Defense Ministry.

"Since May 2017, the battalion’s personnel had fulfilled tasks on controlling the ceasefire implementation in the de-escalation zones, ensuring security of civilians during humanitarian efforts and escorting humanitarian convoys," the ministry said.

Russian military police units were deployed to Syria in December 2016 to maintain security in the de-escalation zones. To control the ceasefire implementation, the military police officers set up 26 observation posts and 8 checkpoints to ensure the delivery of humanitarian aid, assist unhindered movement of civilians and economic activity.