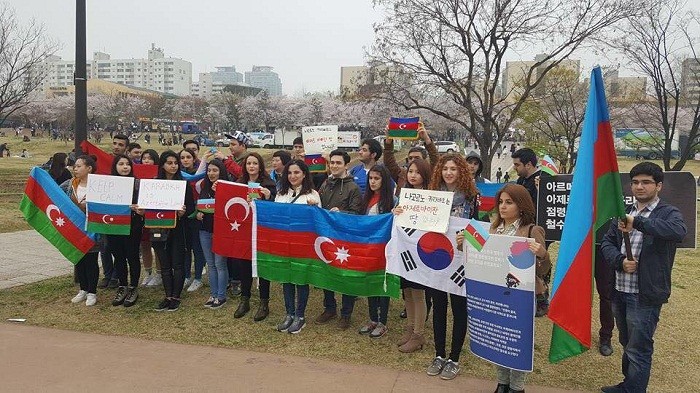 On April 8, Azerbaijanis living in Korea and the members of `Buta` Azerbaijan-Korean Student Organization held a peaceful protest action in capital city Seoul against the recent provocation of the Armenian Republic on the Karabakh frontline.

The main aim of the action was to draw Korean community`s attention to the harsh violation of international law norms and ceasefire regime by Armenia, which claimed dozens of Azerbaijani civilians` lives.

At least 40 Azerbaijani students, including Turkish, Malaysian and Korean students gathered in the central Youido of Seoul. Slogans such as `Armenia is an aggressor`, `Leave our lands`, `Karabakh is Azerbaijan` and `The world community should condemn Armenian aggression` were chanted at the event.