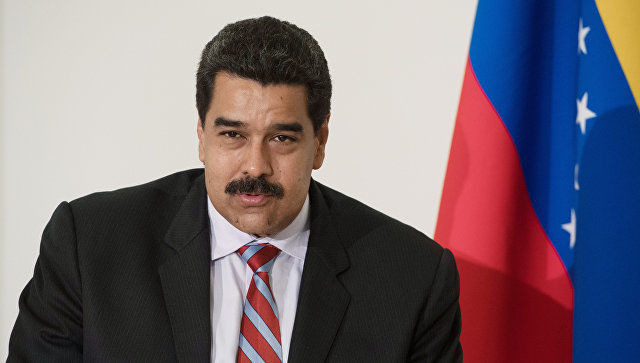 Venezuela's ruling Socialist Party has approved incumbent President Nicolas Maduro as its candidate to run for re-election in the upcoming presidential poll in April.

"You are officially the candidate of the United Socialist Party of Venezuela," Cabello told Maduro at the gathering.

Cabello described the president as a "comrade of irreproachable revolutionary conduct," stressing, "We are going to win, I have no doubts of that."

Later in the day, Maduro announced his nomination on Twitter, saying, "With the heart of a Chavismo, I accept this nomination with love. I know that together we will achieve victory."

He also described himself as "the president of the women," adding, "I declare myself a feminist. My hand does not tremble and my ministers know it. I will ensure that not a single woman loses access to her rights, today and tomorrow."

The announcement of Maduro's candidacy comes as the Venezuelan Supreme Court has barred several key opposition figures from participating in the election amid the ongoing political crisis in the country.

Argentina has already said it will not recognize the results of Venezuela's election, and other key South American nations may follow suit.

US Secretary of State Rex Tillerson is on a tour of South America, during which he is expected to discuss Venezuela's crisis with the regional governments. In a speech ahead of his Latin America tour at the University of Texas on Thursday, Tillerson raised the prospect of a Venezuelan military coup to topple President Maduro.

The 55-year-old president, who came to power after the late Hugo Chavez in 2013, has survived massive anti-government protests during the past two years.

Political unrest began in Venezuela in 2016 and intensified last year. At least 125 have been killed from both the government and opposition camps.