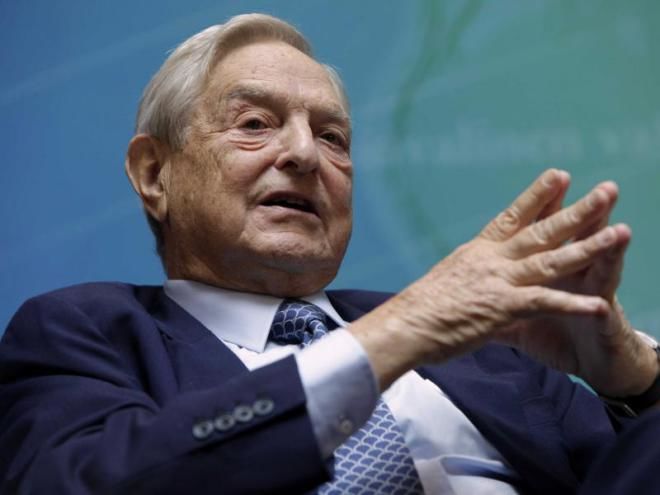 In a meeting with ruling Likud Party ministers on Sunday, Netanyahu said that Soros is funding a campaign of protest against Israel's plan to deport thousands of African asylum seekers. "George Soros is also funding the protests. Obama deported 2 million infiltrators and they didn't say anything," the prime minister said.

Israel's push to deport refugees appears to be without precedent. No other country has sought to send asylum-seekers to third countries through agreements that are not subject to judicial or public scrutiny.

The plans drew the ire of Israeli academics, clerics and professionals, as well as the international community, who say they will stage protests against the plans and will try actively to block the deportations.

Soros was quick to respond to Netanyahu's accusation. "Contrary to Netanyahu's false allegation, George Soros has not funded protests against Israel's plan to deport thousands of African asylum-seekers," Channel 10 quoted a spokesperson for Soros as saying.

"However, Mr. Soros adamantly believes that, in accordance with the 1951 Refugee Convention and international law, it is wrong to forcibly send asylum-seekers back to countries where they might be persecuted or killed," she added.

Soros, who is Jewish, is a strident critic of the right-wing Israeli government and has supported a number of NGOs with left-wing agendas, such as Breaking the Silence and B'Tselem.

Soros is often accused by right-wing or left-wing movements in Central and Eastern Europe, Central Asia and the Caucasus – former USSR republics and Eastern Bloc countries – of meddling with their countries' affairs through funding of NGO's – notably the Open Society Foundation – with pro-American and pro-European agendas. His name was frequently cited as the driving force behind the "color revolutions" of Yugoslavia, Georgia, Ukraine and Kyrgyzstan, in addition to a number of mass protests in various countries.

He was directly accused by anti-migrant Hungarian Prime Minister Viktor Orban of using his wealth, power, influence and affiliated NGOs to settle millions of refugees in Hungary and the EU.

Last year, Hungary took measures to shut down Soros-affiliated institutions in the country.

In Dec. 2017, Eli Hazan, International Relations Director of Likud, said that he provided Orban's Fidesz Party with information about Soros for a campaign to be used against the "philanthropist."

"I sent Orban information about what Soros does in Israel about six months ago. We see Soros as a dangerous man who does unfair and indecent things," Hazan was quoted as saying in a piece.