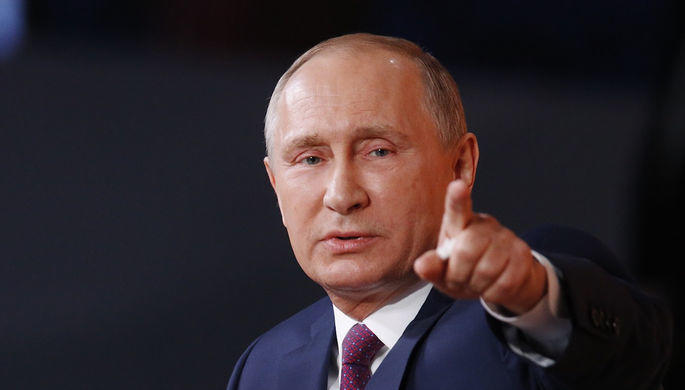 Despite the current situation involving Russian Olympic athletes Russia remains a leader in world sports and in organizing world sports competitions, President Vladimir Putin told a conference devoted to preparations for the 2019 winter Universiade in Krasnoyarsk on Wednesday.

"Despite the situation involving Russian sports that has emerged Russia in the current Olympic cycle doubtlessly remains a world sports leader and a leader in organizing major sports events," Putin said.

"Our common goal is to arrange for a great, unforgettable festival of world student sport. We have successful experience in that field," he said.

Alongside the FIFA World Cup finals, which Russia will host in the near future this year, "Sochi in 2019 will play host to a boxing tournament. The best bandy teams will clash in Syktyvkar in 2012, and Kazan in 2022 will hold short course swimming world championships," Putin pointed out.

"All these large-scale events are to match the high standard that we set at the Kazan Universiade and the Sochi Olympics. They are called for leaving a tangible heritage in the form of infrastructure facilities and in terms of promoting sports and fostering its humanistic values," Putin said.

He recalled that a little more than a year remained before the beginning of the Universiade. He suggested discussing preparations of Russia’s student team and progress in building and upgrading sports facilities.

"It’s very good a great deal has been done, but I would like to discuss what has not been done yet and what can and must be done in the near future," Putin added.