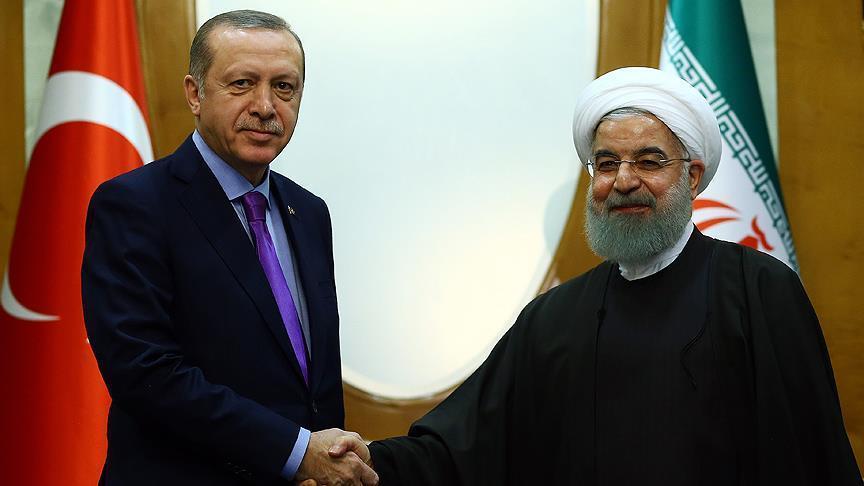 Turkish and Iranian presidents on Thursday spoke over the phone and hailed the increased cooperation between the two countries on security issues and on fight against terrorism, according to presidential sources.

The sources, who spoke on condition of anonymity due to restrictions on talking to the media, said Recep Tayyip Erdogan and Hassan Rouhani discussed latest developments in Syria.

The two leaders also hailed progress made at Sochi talks, which was started by Russia and supported by Turkey and Iran.

Syrian National Dialogue Conference was held in the southern Russian city of Sochi on Jan. 29-30.

At the Sochi meeting -- which included representatives from Syria and the guarantor countries Russia, Iran, and Turkey -- a proposal to form a constitutional committee was agreed by all parties.

Erdogan and Rouhani agreed to hold a summit of the leaders of Turkey, Russia and Iran in Istanbul on the Syrian conflict.

Earlier on Thursday, Erdogan and Russian President Vladimir Putin also agreed to hold a trilateral meeting with Iran on Syria, while the two leaders spoke over the phone.

On Nov. 22, Erdogan, Putin and Rouhani have also met in Sochi to discuss progress made in the Astana peace talks and changes in de-escalation zones across Syria.

Syria has been locked in a devastating civil war since March 2011, when the Assad regime cracked down on pro-democracy protests with unexpected ferocity.

While UN officials say hundreds of thousands of people have been killed in the conflict, regime officials say the death toll is closer to 10,000.