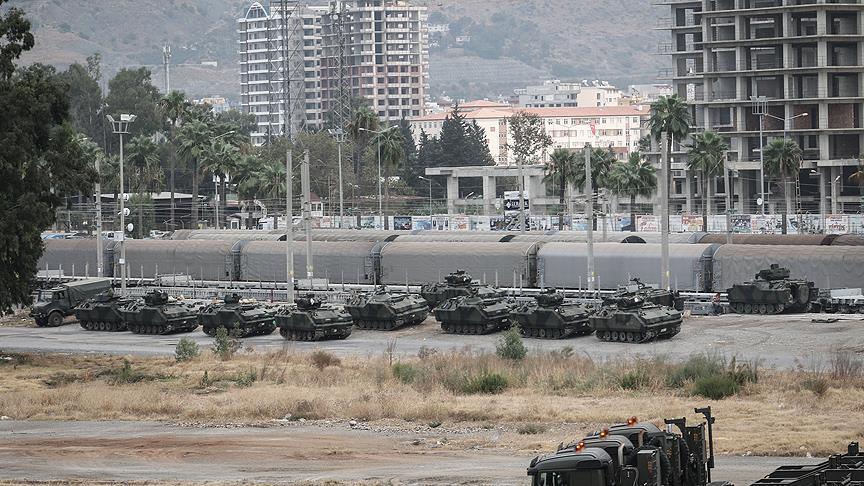 Iranian forces attempted to advance towards energy fields held by the PYD/PKK terrorist group in eastern Syria, to which the U.S. responded with fierce airstrikes late Wednesday.

Iran launched an attack on PYD/PKK forces -- which the U.S. refers to as the “Syrian Democratic Forces (SDF)” -- in Syria’s eastern Deir ez-Zour province with the aim of capturing a Conoco gas plant and the Al-Omar oilfield.

The PYD/PKK-held towns of Dahla Gedid and Akidat, located east of the Euphrates River, were also targeted.

After the terrorist group sustained heavy losses, U.S. forces based in Al-Omar bombarded Iranian forces for several hours, especially in the towns of Hasam and Mirat, reportedly killing more than 50 Iranian military personnel.

Although Daesh militants managed to approach the PYD/PKK-held town of Hranic, they were ultimately forced to withdraw amid fierce U.S. bombardments.

The eastern side of the Euphrates River, which divides the province in two, is home to 11 large oilfields that account for roughly one third of Syria’s total energy resources.

The PYD/PKK had earlier staged an advance towards northeastern Deir ez-Zour, simultaneously with Assad regime forces.

Last September, the PYD/PKK captured a Conoco gas plant, the largest in Syria, while the country’s largest oilfield, Al-Omar, was captured the following month.

Daesh, meanwhile, remains in control of a small portion of Deir ez-Zour in the south.