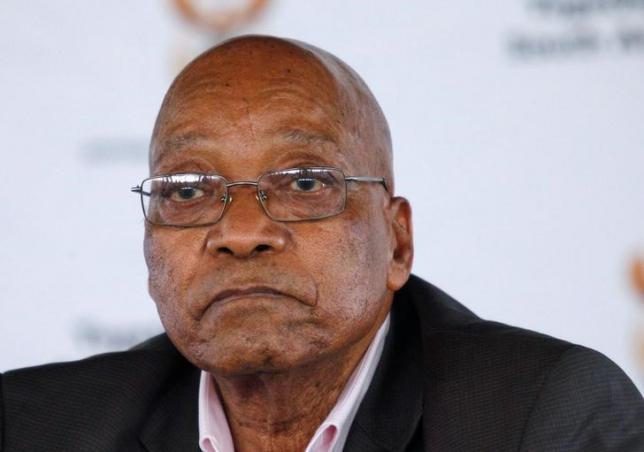 “South Africa cannot continue to be held in limbo while Cyril Ramaphosa [ruling African National Congress (ANC) president] and Jacob Zuma, and their respective factions, continue to fight over the terms of Zuma’s exit,” he said in a statement late Thursday.

The Democratic Alliance (DA) leader said there was the need for a swift resolution to the current political impasse.

He said his party was opposed to any amnesty agreement or special deal for President Zuma.

“He is not above the law, and must still face the 783 criminal charges illegally dropped over a decade ago and which the courts have now revived,” he said.

According to media reports, Zuma has reportedly demanded he is granted protection from prosecution as one of the demands for him to resign.

Criminal charges against Zuma including corruption, racketeering, and fraud, are linked to a 1999 multibillion-dollar government arms deal.

“Cyril Ramaphosa cannot talk anti-corruption, yet broker an amnesty deal for the corrupt in the ANC. Any attempt to do so will be opposed to everything we’ve got. Jacob Zuma will retire in prison, where he should have been years ago,” Maimane said.

Opposition parties have been calling on the ANC to remove the 75-year-old president, whose tenure in office has been marred by several allegations of corruption.

Members of Zuma’s own party have also called for his resignation saying he has become a liability to the party and could cost them votes in the 2019 general election if he is not removed early from office.

South Africa’s parliament on Tuesday postponed Zuma’s state of the nation address scheduled for Thursday amid pressure for him to resign.

An awards event organized by the Foreign Affairs Ministry where Zuma was scheduled to speak on Saturday has also been postponed.

Maimane said he has consulted with leaders of the opposition Economic Freedom Fighters Party (EFF) and resolved to call on the speaker of parliament to schedule an urgent sitting on Tuesday, Feb. 13 for a motion of no confidence against Zuma.

Parliament was supposed to debate a motion of no-confidence against Zuma on Feb. 22.

Meanwhile, President Jacob Zuma's wife, Thobeka Madiba-Zuma, has suggested that he will not go down without a fight, according to local broadcaster Enca.

Madiba-Zuma reportedly defended her husband in a post on Instagram saying "Zuma did not join the ANC in 1991, jumped ship or hip-hopped between the struggle and wealth accumulation”.

She said: "He left his home at a tender age to fight apartheid. He was prepared to pay the ultimate price. He will finish what he started because he does not take orders beyond the Atlantic Ocean."

Madiba-Zuma suggested that “things are about to get ugly”, "don't fight someone who is not fighting with you," she wrote.