NG’s righting of its racist wrongs is well meant 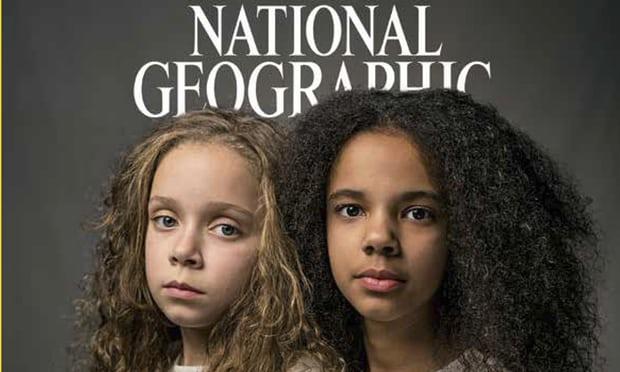 For Decades, Our Coverage Was Racist. To Rise Above Our Past, We Must Acknowledge It.” So states a headline in this month’s National Geographic, a special edition of the magazine that has been dubbed the “race issue”.

The author of this controversial essay is the magazine’s editor in chief, Susan Goldberg, who makes the remarkable admission that “until the 1970s, National Geographic all but ignored people of colour who lived in the United States – rarely acknowledging them beyond labourers or domestic workers – while picturing ‘natives’ elsewhere as exotics, famously and frequently unclothed, happy hunters, noble savages, every type of cliche.”

To begin the process of rising above Nat Geo’s troubling past, every story in this month’s magazine, timed to commemorate the 50th anniversary of the assassination of Martin Luther King, addresses a racial issue. There is a feature on America’s historically black universities and another that intelligently demolishes the science behind race, by pointing out that there isn’t any.
Little of this content is new, but for these stories to appear in National Geographic is significant. It matters because National Geographic matters. This year marks the magazine’s 130th birthday and finds it occupying a singular place in US culture. Many Americans have a level of affection for National Geographic that we in Britain reserve for the output of the BBC’s Natural History Unit, the makers of Planet Earth and Blue Planet. This has helped National Geographic expand into TV and online. With a portfolio of highly regarded channels and 350 million followers across social media platforms, the brand has transitioned into the new media environment more successfully than perhaps any of its competitors.

Yet its photography turned it into a feature of US cultural life. Before the internet and the ubiquity of the image, the magazine, with its famous yellow-framed cover, was one of the key apertures through which Americans viewed the world beyond their borders. But for most of that period, the images that appeared on its pages reinforced a view of the world that had emerged in the late 19th century, the era of the “scramble for Africa”, during which National Geographic was born.
For decade after decade, generation after generation, the magazine reinforced and reflected racial stereotypes that its white American readers were accustomed to and with which they were largely comfortable. Flick through back issues and you see a magazine almost entirely at ease with this colonial mindset. Had that all begun to change in the 1960s, during the era of civil rights and decolonisation, there would be no need for a “race issue” in 2018. But it didn’t.
I learned to think critically about National Geographic thanks to my partner, whose MA research examined how the magazine had depicted Africa. Her analysis showed that sub-Saharan Africa was the only region about which Nat Geo ran more stories about wildlife than people. Even as the wind of change blew through Africa, National Geographic’s photographers ensured that white Europeans remained at the centre of each photo-essay. Incredibly, there are more images of white people in its wildlife articles from that period than of black Africans, although big-game hunters had been replaced by conservationists and scientists, the new breed of white saviours.

When black Africans were featured, they were usually depicted as passive, primitive, almost always mute. Very rarely were black women of any interest to the magazine’s writers or photographers, many of whom were British. Reading my partner’s MA thesis led me to conclude that National Geographic was part of the problem. Now, with the race issue, they are aiming to be part of the solution.

Its willingness to confront its past has been welcomed by most commentators and read online by more than 100 million people. Some have complained, with some justification, that these admissions have been extraordinarily slow in coming. The magazine has been long criticised for its adherence to a colonial mindset that outlasted the colonies. As late as 1993, it rejected such criticisms, dismissing the work of two academics whose analysis of the magazine’s editorial culture highlighted most of the failings the “race issue” acknowledges.

The decision to confront its past could, perhaps, be explained away as a strategically savvy attempt by a famous brand to reposition itself for the new America that demographic forecasting tells us is coming, no matter what Trump and the “alt-right” do. But what is happening at Nat Geo feels like more than that. “We are at a moment of some reckoning in our society,” said Goldberg in a recent PBS interview. She is right.
Our current age of reckoning began with “revelations” about historical abuses within institutions and behind closed doors. Now, in the case of National Geographic, we have a pre-emptive, unforced acknowledgment of past wrongs. Something similar is happening at the New York Times, which has launched its “overlooked” project, which aims to write the obituaries of remarkable women whose deaths the newspaper ignored at the time.

The common thread is that the wrongs themselves do not come as much of a surprise. Almost everyone knew that actresses were being abused and underpaid in Hollywood and there were surely few people naive enough to have imagined that if company after company were forced to admit what their staff are paid, no gender pay gap would be exposed. Similarly, the racism that was long a feature of National Geographic was obvious and well known, having been discussed in books, articles and theses for decades.

Wrongs can be known and in plain sight without the impetus for change being triggered. When the moment of reckoning arrives, acknowledging them yourself has to be the better option.