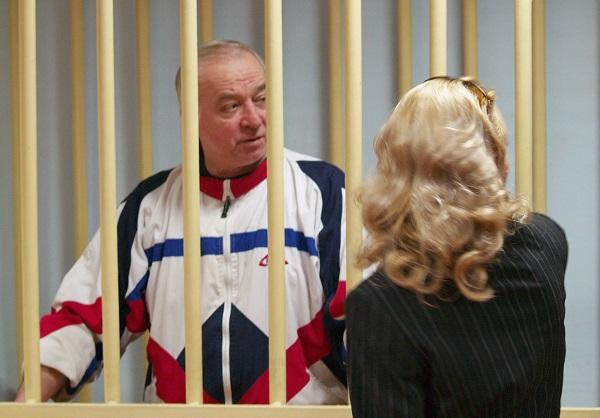 Great Britain should present evidence proving Moscow’s involvement in the poisoning of former Russian military intelligence officer Sergei Skripal before bringing charges, Chairman of the Slovak Parliament’s Defense and Security Committee Anton Hrnko said at a meeting with Head of the Russian Federation Council (upper house of parliament) Defense and Security Committee Viktor Bondarev on Friday. Earlier recalled its ambassador to Russia for consultations on the Skripal case but refrained from expelling Russian diplomats.

"The use of chemical weapons is a very serious matter," Hrnko said. "If there is no evidence, no one can act as a judge, we can only do that when we know for sure what happened there," he added. According to the senior Slovak lawmaker, this is the reason why Bratislava decided not to expel Russian diplomats. "Slovakia will stick to this position," he noted.

Bondarev, in turn, said that Slovakia was one of the countries who had refused to expel Russian diplomats in solidarity with Great Britain in the Skripal case. He also noted that "despite the current tensions between Russia and the European Union, Moscow and Bratislava have managed to maintain partnership, high-level political dialogue and active cooperation in trade, economy and other areas."

"Although the Slovak government followed Brussels’ lead and supported sanctions on Russia, it has been making statements criticizing this kind of pressure on Moscow," the Russian senator added.

On March 4, 66-year-old Sergei Skripal, who had been convicted in Russia of spying for Great Britain and later swapped for Russian intelligence officers, and his 33-year-old daughter Yulia suffered the effects of an alleged nerve agent in the British city of Salisbury. Claiming that the substance used in the attack had been a Novichok-class nerve agent developed in the Soviet Union, London rushed to accuse Russia of being involved in the incident. Moscow rejected all of the United Kingdom’s accusations, saying that a program aimed at developing such a substance had existed neither in the Soviet Union nor in Russia.

The UK expelled 23 Russian diplomats and announced other restrictive measures against Moscow. In retaliation to the UK’s steps, Russia expelled 23 British diplomats, closed the British consulate general in the city of St. Petersburg, while the British Council had to shut down its operations in Russia.

On March 26, a number of EU member countries, the United States, Canada and Australia announced the expulsion of Russian diplomats. Washington expelled 60 diplomatic workers and closed the Russian consulate in Seattle.

The Russian Foreign Ministry later announced retaliatory measures against counties that had expelled Russian diplomats. In particular, Moscow expelled 60 US diplomats and closed the US consulate general in the city of St. Petersburg. The United Kingdom was requested to reduce the number of its diplomatic staff in Russia so that it would match the number of Russian diplomats in Great Britain.