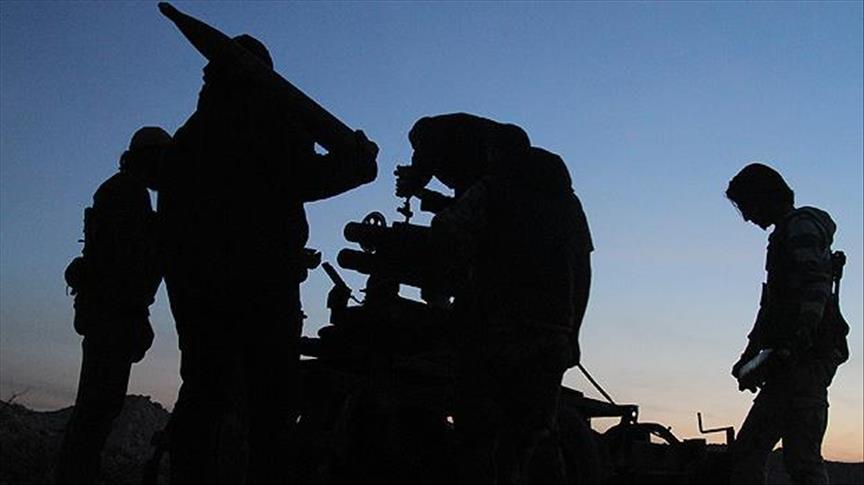 Turkish Armed Forces' air-backed operations, which were launched on March 11, against the PKK terror camps in northern Iraq has so far cleared 400 square kilometers of area and neutralized 155 terrorists.

Following a successful counterterrorism operation against the PKK/PYD in Syria under the scope of Operation Olive Branch, Turkish forces now continue their determined operations against terrorist camps in northern Iraq.

On March 18, Day 58 of the operation, Turkish troops and Free Syrian Army members liberated the town of Afrin while also neutralizing 4,497 terrorists.

Turkish soldiers have established 11 bases along the 23 kilometer-long border line, clearing terrorists and displaying an exemplary active combat against PKK terror group, 24/7, and preventing possible infiltration of terrorists into Turkey.

Northern Iraq's Hakurk, Armus camps as well as Avasin Basyan, Kani Rash, Bermize and Sidekan, known as the terror group PKK's so-called "rear guard logistic base", are now all under the control of Turkish soldiers.

Security sources, who spoke on the condition of anonymity due to media restrictions, said the terror group's so-called ranking leaders have withdrawn from the above mentioned regions and fled to Mt. Qandil region.

Turkish soldiers have also seized a number of explosives, ammunition and living goods during the operations, as the Turkish army strongly retaliates against the terrorists' attacks.

In its more than 30-year terror campaign against Turkey, the PKK -- listed as a terrorist organization by Turkey, the U.S. and the EU -- has been responsible for the death of some 40,000 people, including women and children.