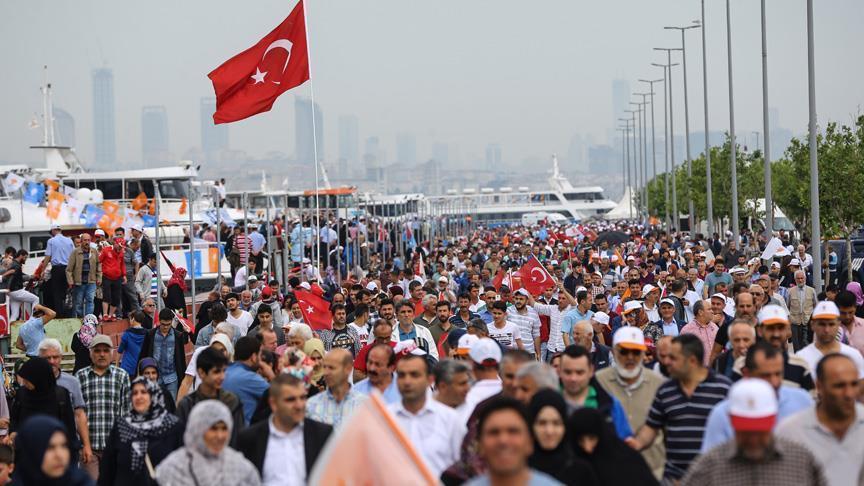 People from all walks of life gathered at the Yenikapi Square in Istanbul to attend the ruling Justice and Development (AK) Party’s mega rally that began on Sunday.

President Recep Tayyip Erdogan has arrived at the venue and was greeted by zealous crowds chanting his name.

Prime Minister Binali Yildirim and several ministers are also present at the rally.

Some roads have been closed and public transportation to the square has been increased, while extensive security measures remain in place to avert any mishap.