PM said that Kocharyan and Sargsyan are wealthy 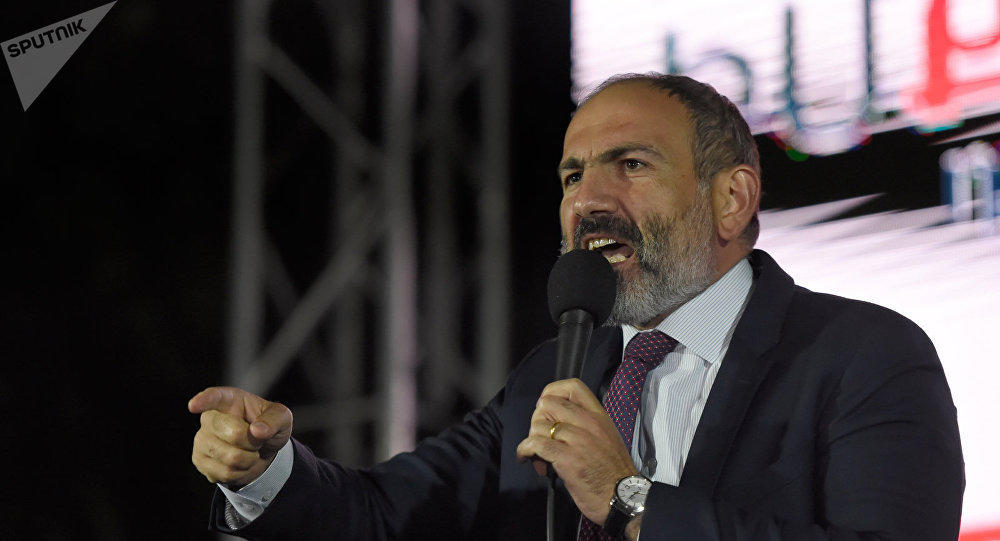 I offer Robert Kocharyan and Serzh Sargsyan to return the money they embezzled during their term to the state, said Prime Minister of Armenia Nikol Pashinyan during the “My Step” campaign.

Axar.az reports that the PM said that Kocharyan and Sargsyan are wealthy: "I offer them to return this money to the state. Then we will gather and make a decision about the fate of that wealth."

According to him, Serzh Sargsyan’s brother Sashik Sargsyan keeps 30 million in banks: "I offer to return this money to the state too."

Pashinyan ordered chiefs of the Armenian Police and National Security Service to raid the oligarchs: "I ordered the police and national security services to raid oligarchs and high ranking officials and disarm their security guards. Report to me in two hours. Reveal all illegal armed groups and destroy them. Otherwise, I will wear camouflage uniforms and put the country in order in the streets. I assume responsibility for all arrests. Serzh Sargsyan and Robert Kocharyan! You acted against people. Look, how the people will respond to you."

Artur Vanetsyan, Director of the National Security Service of Armenia, said that Kocharyan and Sargsyan, as well as their families, are very wealthy: "We’ll make the list of their wealthy soon. He (Kocharyan) said at the TV that he has nothing. However, we have facts about his wealth and bribes he has taken. For instance, how he took $6 million in bribe at the Congress hotel. We have documents testifying that Kocharyan family want to own the Congress hotel. There are sources proving how he and his family have become rich."

He also added that Kocharyan and Sargsyan have laundered their illicit funds in the amount of $100 million: "Sashik and Robert owned 50% of these funds each. We know at which banks these funds are."