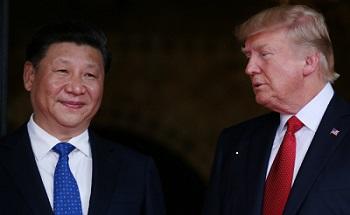 Will U.S. President Donald Trump’s much-heralded meeting with Chinese counterpart Xi Jinping in Argentina on Saturday lead to an easing of the Sino-U.S. trade conflict?

That has been the main question of financial and commodity markets leading up to the G20 summit in Buenos Aires. The answer is likely to steer investors at the start of the coming week.

Signals leading up to the meeting were at best mixed.

“I think we’re very close to doing something with China, but I don’t know that I want to do it,” Trump said as he set out on his journey from the White House.