Blackfishing: The women accused of pretending to be black 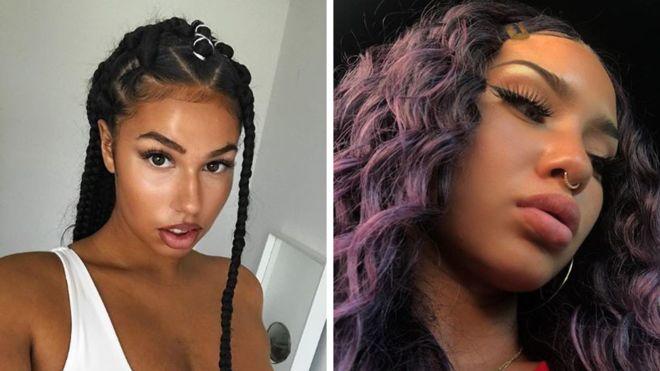 "I've had no surgery, so I can't take off these lips. I can't remove my 'fake bum implants'."

Over the past month Aga Brzostowska has been labelled a "blackfish".

It's a term used for someone accused of pretending to be black or mixed-race on social media.

The suggestion Aga has been faking her race is news to her.

The 20-year-old University of Birmingham student told Radio 1 Newsbeat her skin is naturally "not pale". But she does admit to making it darker.

With things like tanning, I don't think I've done anything in a malicious way.

She says she's not suggesting "white privilege is not a thing" - but wants to tell her critics "the assumptions you're making are wrong".

Alicja is just one of a number of white Instagram influencers who've been accused of changing their features to make themselves look more like black women.

People have pointed in their pictures they have darker skin, fuller lips, bigger thighs and bums, and hairstyles that include curls and braids.

Sweden's Emma Hallberg, who has more than 260,000 Instagram followers, is the most infamous.

She had to defend herself after two photos of her went viral on social media.