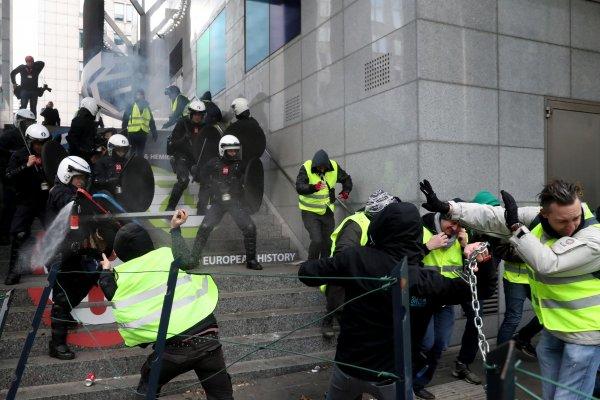 Belgian police have kept dozens of detained "Yellow Vests" protesters in police horse stables in Etterbeek municipality for several hours without providing them with further information on the situation.

More than 400 people were detained in an unauthorized "Yellow Vests" rally in Brussels on Saturday, according to the city's prosecutor's office.

"We are all here in the same place, like cattle, without any information," one of the detained protesters said, as quoted by the Sudinfo news website.

The protest in Belgium followed weeks of similar "Yellow Vests" demonstrations against fuel tax hikes raging in France since November 17.