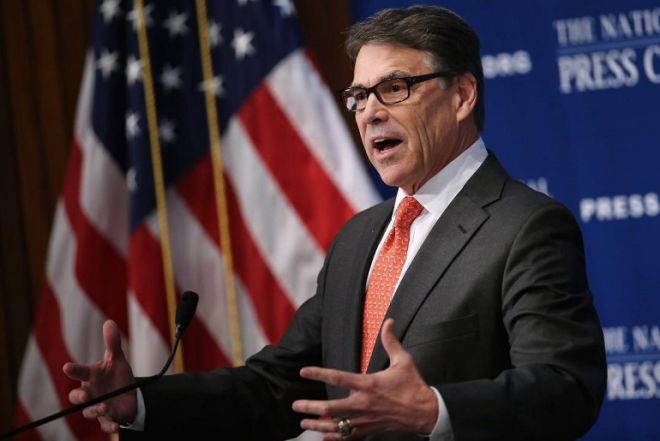 U.S. Energy Secretary Rick Perry said on Tuesday he had discussed his country's sanctions against Iran with Iraqi energy officials, but did not provide details.

Perry spoke at a Baghdad hotel where he was attending a U.S. chamber of commerce event alongside Iraqi Oil Minister Thamer Ghadhban.