Lost at sea - 20 days in Caribbean 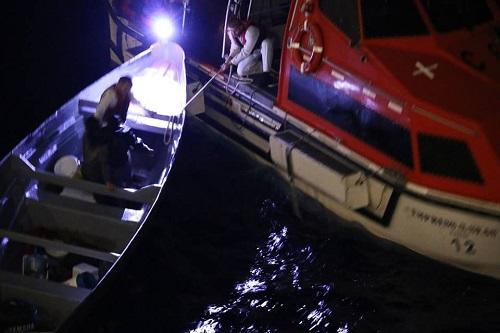 Stranded for 20 days in the Caribbean Sea, the two fishermen had run out of fuel, food — and probably hope.

They set sail from Costa Rica on Dec. 1, but strong winds pushed their boat away from their nets while they slept. After using up their fuel in an attempt to return, the sailors found themselves adrift somewhere between Grand Cayman and Jamaica.

As their food and water supply dwindled, they were forced to eat whatever they could catch.

In sailor mythology, salvation in these dire situations sometimes comes from a helpful mermaid or a guiding star. On Friday, however, the lost fishermen were rescued by the Empress of the Seas — a massive, 11-deck cruise ship.

Ted Miller, the spokesman for Royal Caribbean International, said the cruise ship spotted a signal light coming from the fishermen’s vessel. The Empress sailed toward them and lowered a smaller boat, called a tender, containing a crew that helped retrieve the stranded sailors.