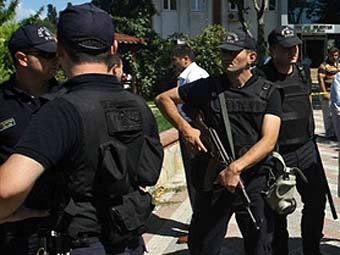 The Kurdistan Freedom Hawks (TAK), an offshoot of the outlawed Kurdistan Workers Party (PKK) militant group, said on Sunday it carried out a suicide bombing in the northwestern Turkish city of Bursa last week, Reuters reported.

In a statement on its website, TAK said one of its female members carried out the attack, which wounded eight people. It said she had detonated the explosives before reaching her intended target.

The woman blew herself up near the main mosque in Bursa, Turkey's fourth-largest city and an industrial hub directly south of Istanbul across the Marmara Sea. It was the fifth suicide bombing in a major urban center this year.

TAK claimed responsibility for two of the other suicide bombings this year, both of them in the capital Ankara. The first, a car bombing that targeted soldiers, killed 29 people in February. The second, at a transport hub in the city, killed 37.

TAK says it split from the PKK, which has waged a three-decade insurgency against the Turkish state to push for Kurdish autonomy in the largely Kurdish southeast, but experts who study the militant groups say they retain close links.

A senior PKK commander described the first Ankara attack as payback, saying Turkey could see "thousands" of such bombings in response to military operations against the PKK in the southeast, where a ceasefire collapsed last July.