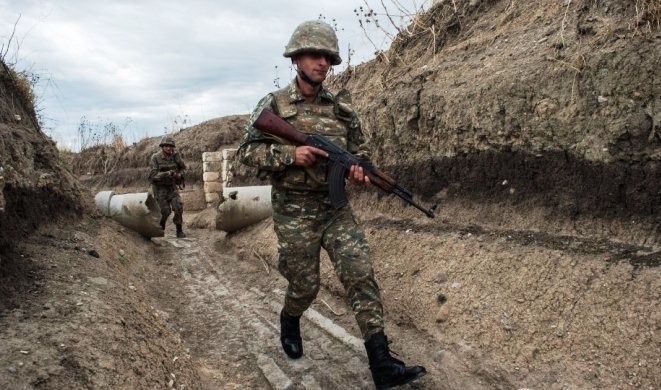 Armenian army suffers lack of raincoat, used to be protected from rain.

According to the Armenian media, spokesman of the country's Defense Ministry Artsrun Hovannisyan posted on his Facebook page.

'Raincoat gets wet during active operation and doesn't dry until the next duty. For several days, we are engaged in increase of these means and elimination of such shortcomings in the army supply', the spokesman stated.