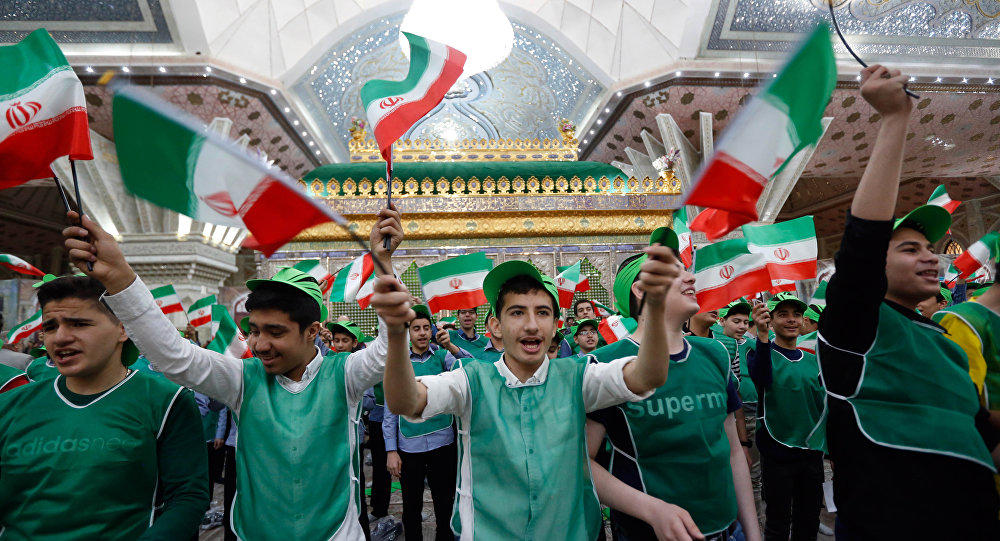 Axar.az reports citing Sputnik that, In the best show of US diplomacy, the State Department published a series of tweets Friday blasting the Iranian government on the first of 10 days celebrating the 40th anniversary of the revolution against the monarchy.

Collectively titled "40 years of failure", the tweets take the words of Ayatollah Ruhollah Khomeini, the founder of the Republic, and couple them with time-honoured accusations that Washington has thrown at the Shia Muslim state, including allegations of corruption, crackdowns on freedom of the press and suppression of dissent. This time, however, "inflation" and "drug addiction" were thrown in the mix.

Apparently, the State Department was so determined to drive the point home that they posted the tweets twice.

​The demarche started with a tweet by Secretary of State Mike Pompeo, written in English and Farsi.

"Even your president, Hassan Rouhani, admits to the Iranian regime's 40 YEARS OF FAILURE. It didn't need to be this way, but your ruling regime has always prioritized ideology over the interests and well-being of the Iranian people", his tweet reads.

Iran and the US have not maintained official diplomatic relations since 1980. During Pahlavi's reign, Iran was one of the US' closest allies. Active US involvement in the country had started in the early 1950's, when the democratically-elected secular government of Mohammad Mosaddegh nationalised the Anglo-Iranian Oil Company, prompting the US CIA and the UK's MI6 to orchestrate a coup d'état in 1953.

In 2018, the US unilaterally withdrew from the so-called Iranian nuclear deal,formally titled the Joint Comprehensive Plan of Action, citing violations of the deal by Tehran in defiance of the International Atomic Energy Agency's repeated assurances of Tehran's full compliance with the treaty. The US re-imposed sanctions that had been lifted following international negotiations; the lifting of those sanctions was supported by the UN Security Council.